I've installed Ubuntu 16.04 for programming purposes using VM Workstation, and currently allocated 1GB RAM for the Ubuntu 16.04 guest OS. From what I noticed now the VM's performance is a little slow from time to time, especially when starting an app (Like CLion IDE or Firefox for example).

I need a performance boost, so is there a way to increase the RAM size in the existing Ubuntu 16.04 guest OS, rather than having to install a whole new guest OS in VMware Workstation and allocate more RAM during the installation process? 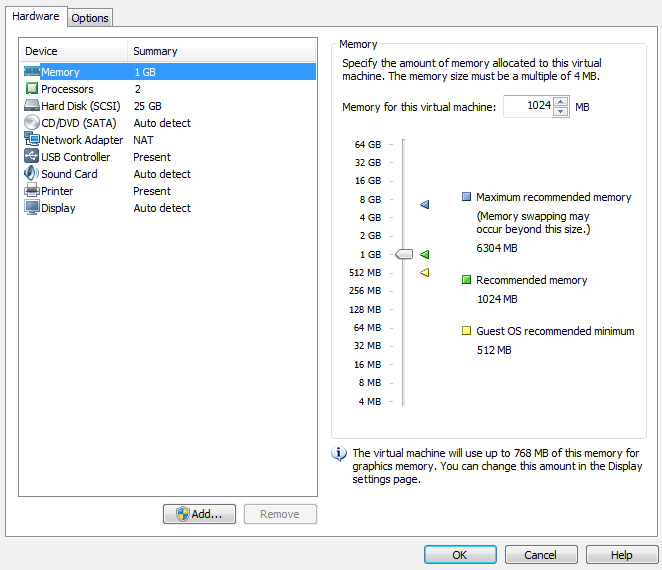 Not the answer you're looking for? Browse other questions tagged vmware ram or ask your own question.

3
TMPFS Available space does not equal size
2
Need more RAM?? Running VMmachine + ubuntu
4
Ubuntu 12.10 and VMware Workstation 9: RAM caching causes severe performance drops
1
VmWare Workstation 9
5
Why is QEMU so slow even with KVM
2
Installing and running VMWare Workstation 10 on Ubuntu 14.04
2
how to use the free space after increasing the size of the disk on VMWare Workstation
0
Running Multiple VMs in VMware workstation