Alt-tab selection icons are too big in Xfce4

For my new machine (Ubuntu 16.04.LTS), I'm using vnc4server and Xfce4 GUI and I access the computer using RealVNC from my Windows 10 PC.

I can press Alt+Tab to select between applications being executed. But in this new machine, the tabs I see when I pressed Alt+Tab is too big.

How can I reduce the size to normal one? 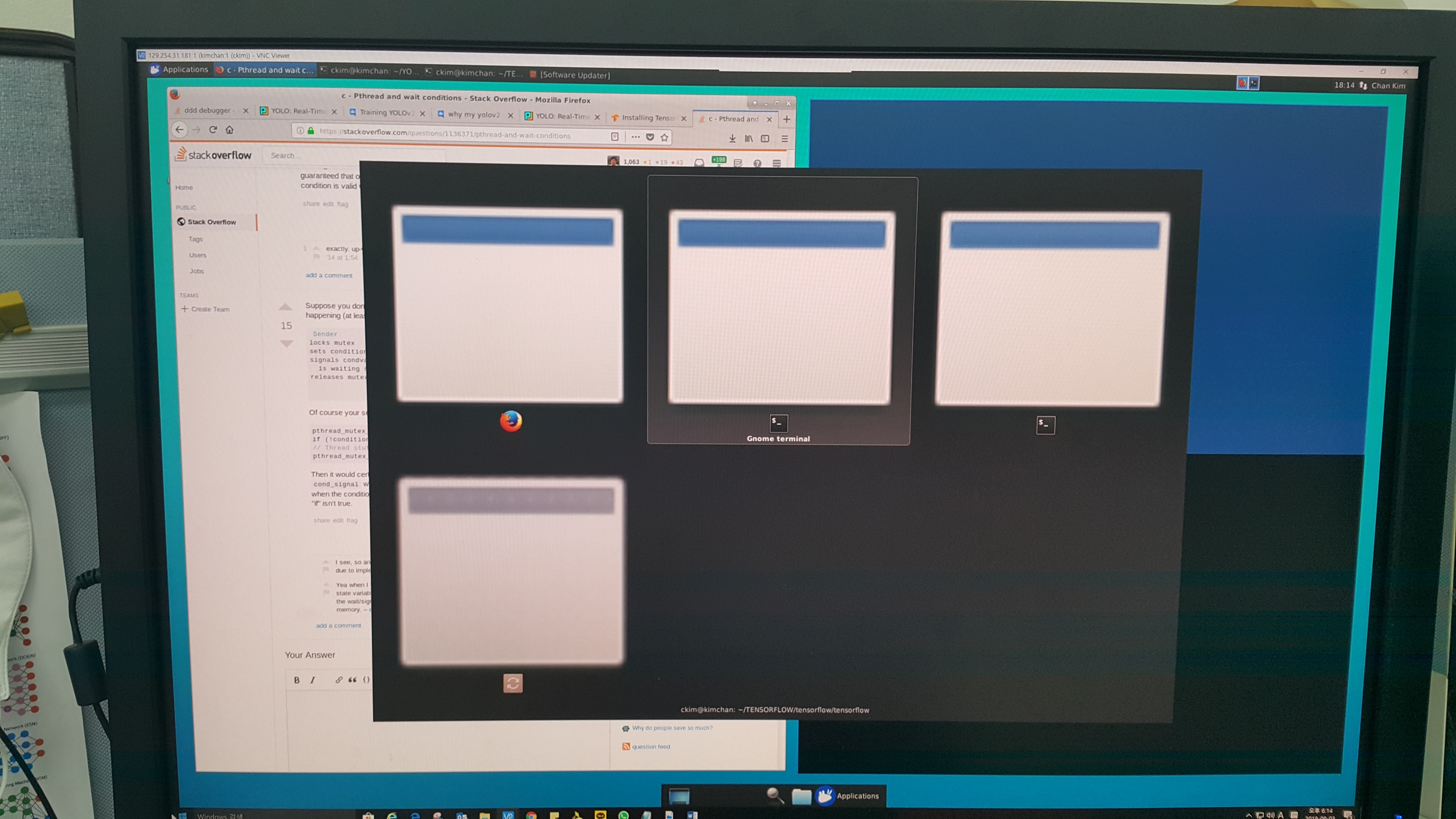 But in this new machine, the tabs I see when I pressed Alt-tab is too big.

The new machine is most likely running Xfce 4.12 for 16.04 release. The older desktop environment Xfce 4.10 did not have this feature, and the newer one Xfce 4.12 has the windows preview. User will see the windows preview only when display compositing is enabled in Xfce.

How can I reduce the size to normal one?

Unfortunately, the size of windows preview is automatic. That is determined by the number of running application windows that can fit within the screen. Given any particular screen size:

User can instead hide the windows preview.

Go to Settings > Window Manager Tweaks > Compositor and uncheck the option for:

Not the answer you're looking for? Browse other questions tagged 16.04 keyboard shortcut-keys xfce vnc or ask your own question.