Can I reuse Linux DVDs to install on other computers?

I made a bootable DVD with Lubuntu and another with Kali Linux. Different DVD's, of course.

Can I use the DVD's again to install Lubuntu or Kali on another computer? Are they reusable after one installation?

Sure. As long as your DVDs don't die physically from old age, surface scratches or other physical damage, you can use them as often as you want.

Depending on if you used a DVD-R or DVD-RW, the latter could actually be erased and overwritten, but this will not happen unless you explicitly do it. The installer itself only reads from the installation medium.

There are also no license issues or anything similar regarding installing the same copy of Ubuntu (or most other Linux distributions) on multiple machines, as they are free to download and use without registration or fees anyway.

Of course though, keep in mind the release version and support period of the Ubuntu version you have. Regular releases are supported for 9 months after the release date, Long Time Support (LTS) releases for 5 years. You should not use or install releases past their end of life date any more, because it is far better and easier to install the latest release than to upgrade from an old and unsupported installation.

Are they Reusable after one installation?

The only issue you will face is the end-of-life date of the version you made the DVD for. It will still install and be use-able but you will not be able to update it without going through some extra hoops.

There's no system-specific data like hardware configuration, drivers or licensing information on the installation package. Therefore as long as the data integrity is maintained, you can use it indefinitely and install it how many times on how many PCs you want. Even Windows installation discs can be reused, unless you've created your own unattended set up which includes your purchased single user key and removes drivers for other PCs. Of course you should make sure that the OS on the disk is still in the supported lifetime

To let you know a bit of history, more than 10 years back when internet was still expensive and Linux user base is much tinier than nowadays, Canonical even gave Ubuntu CDs for free to any one in the world and asked you to share with your friends to spread Ubuntu usage. So yes, that again confirms that those discs can be reused 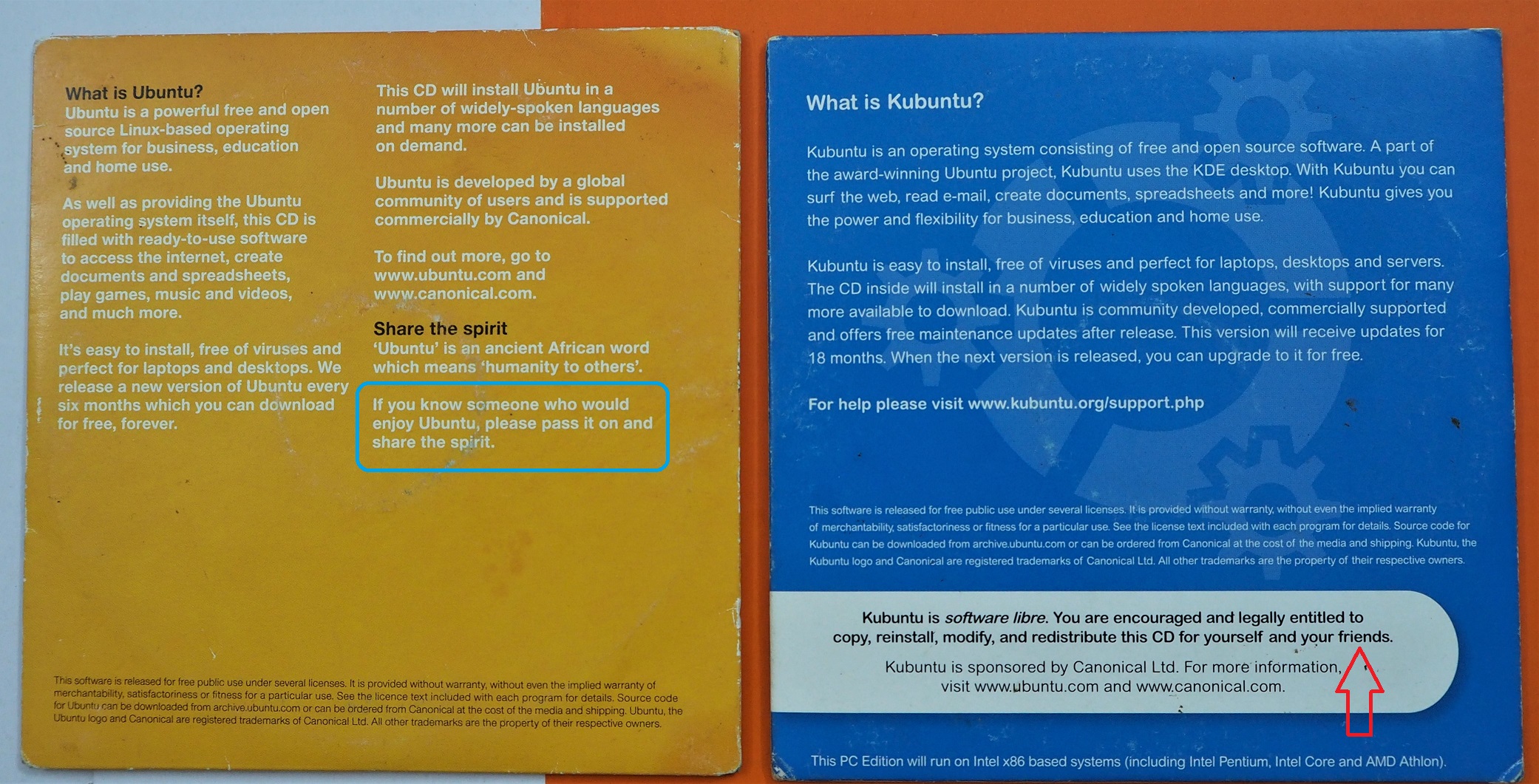 In the early times each Ubuntu package contains 2 CDs, one for the graphical live session and one for the text mode installation. Unfortunately I lost those 2-CD packages somehow. Later it was merged into one CD, at least since 8.04 which is the version in my above image, until the CD giveaway was closed 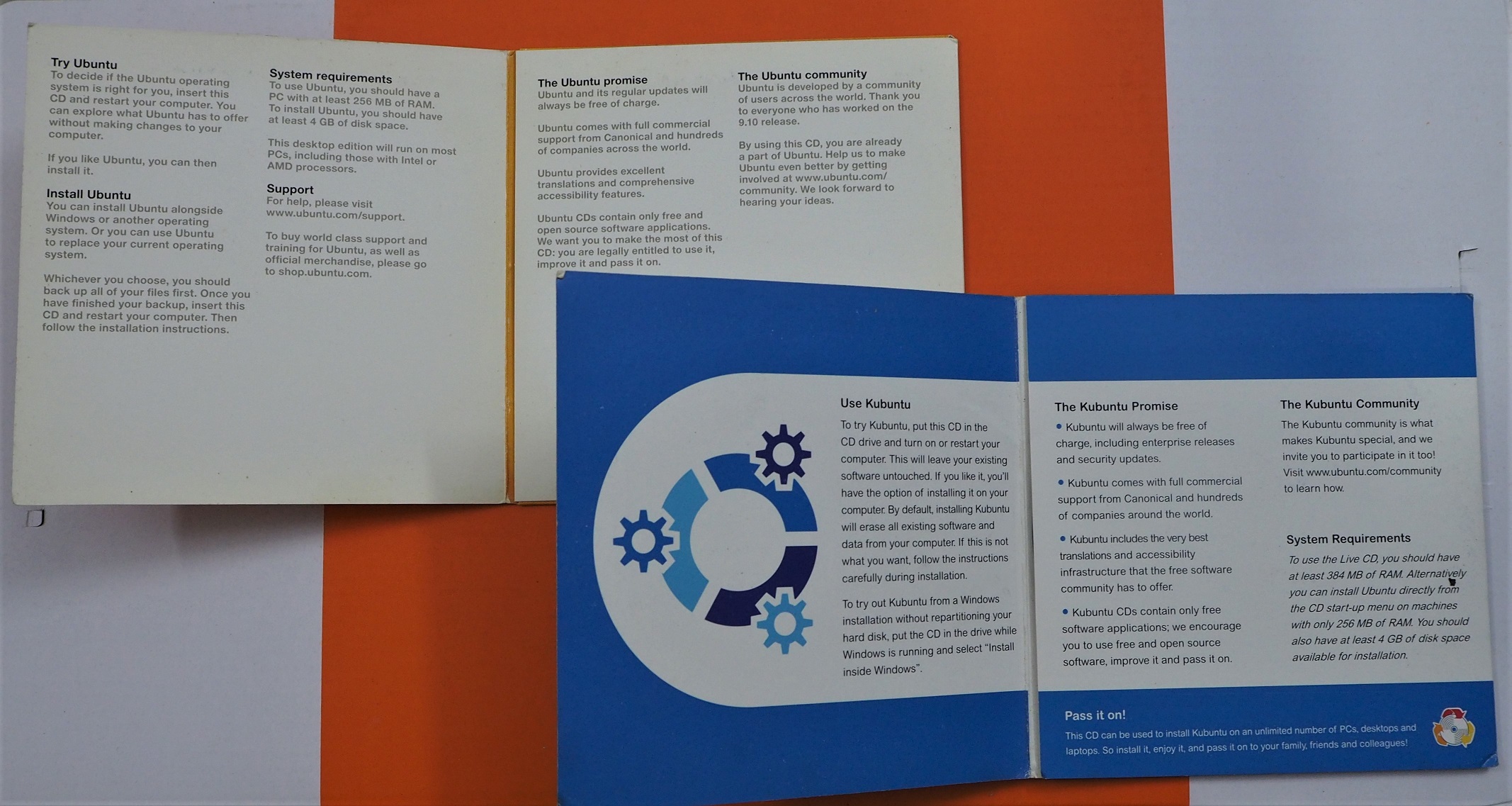 That said, nowadays you should install from a USB pendrive or an SD card. They're cheaper and much more durable, and you can make an updated drive easier instead of installing an old OS and took days to update. You can even install directly from HDD if you already have another OS running

Yes, no problem reusing the DVDs for installing other systems.

When you installs a system you only read from the DVD, you don't write to them.

With a DVDRW disk you can install the operating system to as many computers as you want. Linux has a GPL license which means you don't have to pay to install it and you are free to make as many copies as you want on as many machines as you want. That's one reason why they call it "free software"

If you want to change the operating system on the DVD itself then you can also do that, as DVDRW disks are rewritable. Use your favourite DVD burning software to do that.

Not the answer you're looking for? Browse other questions tagged system-installation lubuntu dvd or ask your own question.