Chrome was working fine using a NVS 300 video card with the legacy 340 Nvidia driver, however the problem started when the box was upgraded to a GT1030 with Nvidia 390 driver. It also occurs with a GT 710 Nvidia card.

There is a fix noted on several forums set chrome://flags/#force-color-profile to sRGB. I've tried every way to set this flag, but it has no effect on the problem, so that isn't it. Any clues as to what to try next? 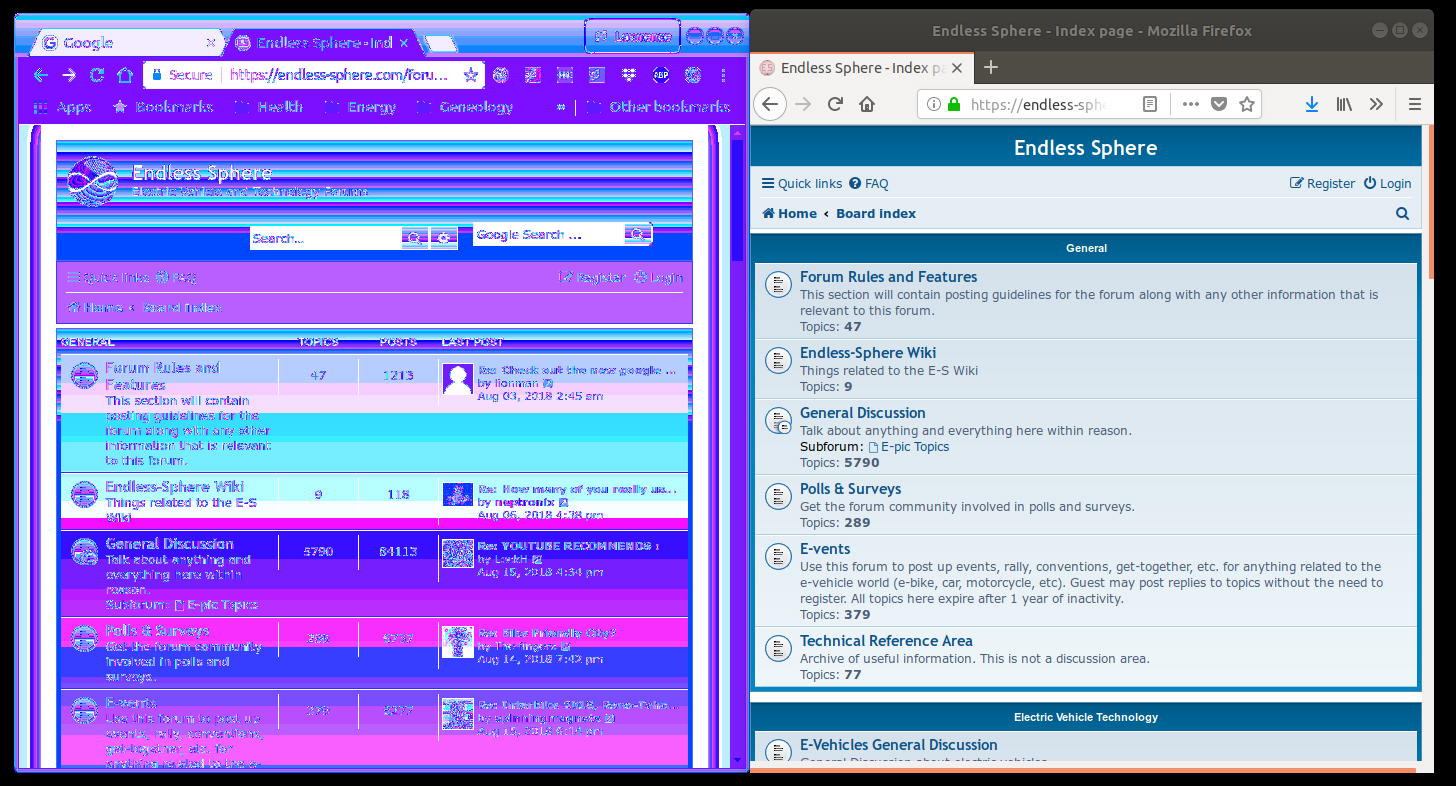