When I used Linux Mint earlier I never faced a problem with printing on GIMP (because it was installed and configured by default).

When I used Ubuntu 18.04 LTS, I installed GIMP 2.10 from the software center. Everything is working fine on GIMP except printing.

The GIMP print window does not list my printer (or any other printer). I can only see: 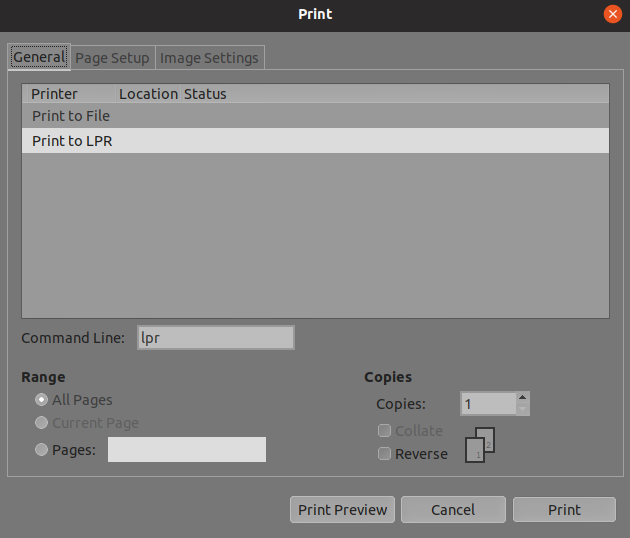 I tried couple of troubleshooting tips without any success. I'm sure that the problem is from GIMP because I can print from Chrome /Firefox and from PDF reader without any problems.

PS: I don't know if this help but in the software center I found printing documents permission disabled for GIMP. I tried to enable it, but it gets automatically disabled again every time. 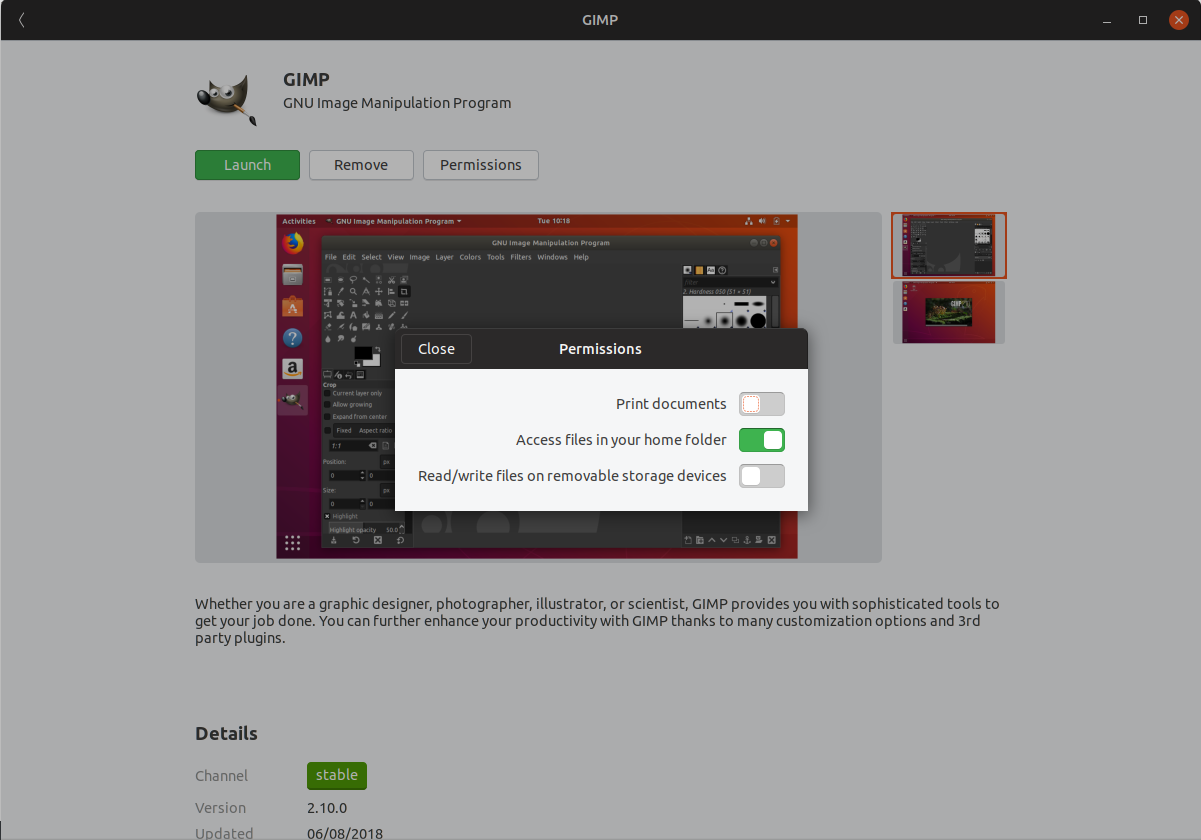 Any info/tips are highly appreciated.

It sounds like you have the "Snap" version of GIMP installed...

When you search for GIMP in Ubuntu Software, you should see two results if you're using Ubuntu 18.04 LTS ("Bionic Beaver") or newer:

If you cannot see two versions of GIMP, you will need to enable "Community-maintained free and open-source software (universe)" by searching for "Software & updates" in the menu (its icon looks like a cardboard box with a globe/Earth), then make sure there is a "tick" in the box that says "Community-maintained free and open-source software (universe)": 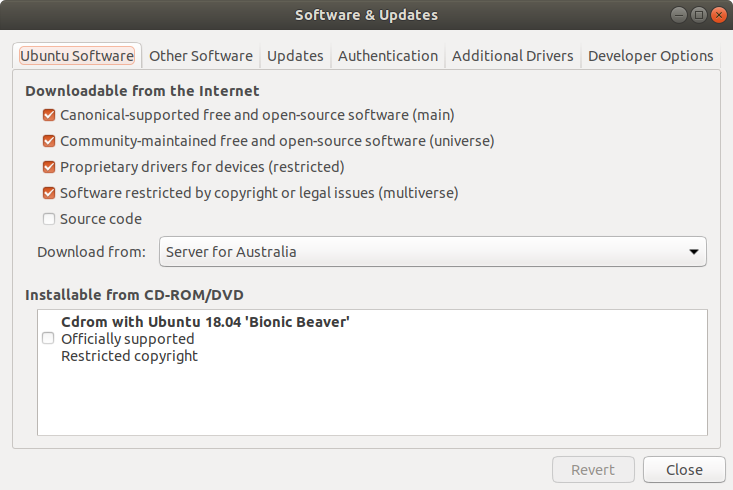 Snap packages often have problems with "seeing" hardware - at least in my experience - so I'm guessing you've probably installed the Snap version of GIMP... Install the "traditional" version of GIMP (i.e. the other result) instead.

The "Snap" version will have "Snap Store" listed under "Source":

Whilst the "traditional" version of GIMP will have "ubuntu-bionic-universe" listed under "Source":

Just don't forget to remove/uninstall the Snap version of GIMP first - otherwise you'll have two copies of the same program installed and two icons in the menu! You can do this by selecting the "Snap" version of GIMP in Ubuntu Software.

Before removing snap's gimp, you can try this suggestion.
TL;DR: run

I also installed the snap version but I was able to turn on the Print Documents permission in the Permissions dialog after which my printers showed up. Try to exit GIMP before attempting to change the permissions. I had a similar experience to yours with the Read/Write files on removable storage devices permission where it snapped back to off after I turned it on but after few attempts is stayed on.

The permission tab in the software installation process is key. This solved a long standing problem in GIMP for me but also in several other snaps including Thunderbird.

Not the answer you're looking for? Browse other questions tagged drivers 18.04 printing software-center gimp or ask your own question.

2
Gimp - only has print to file