so, now the GNOME software center shows few apps. All I did is install a few apps, mostly games like Five or more, Connect 4, apps like Evolution, that email client, then uninstalled them and now I have fewer apps than before available to install. Killing gnome-software won't fix it. Seems nobody has reported this in this Q&A, so here it goes some proof. 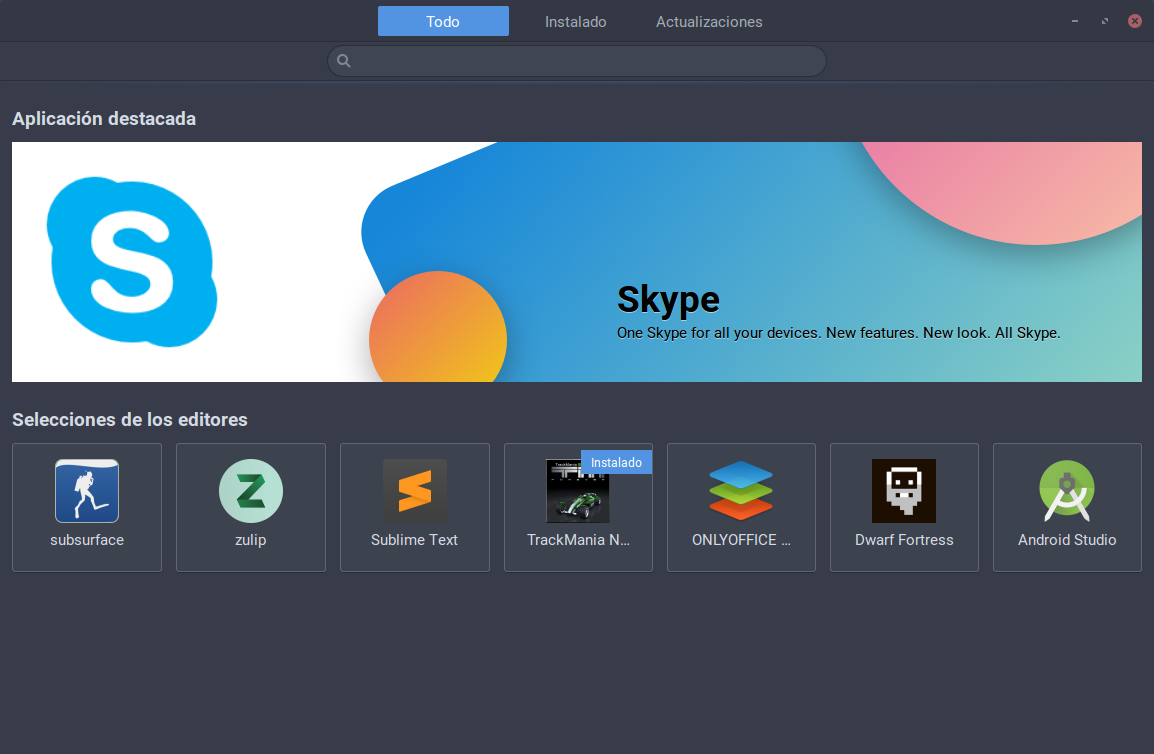 How do I make it so it shows more apps like audio stuff? (yes I'm spanish don't judge me please) PD None of the answers here work. I've tried them and it still has only got 8 apps.

Afterwards I've got this tough dude in the lower corner of the screen: 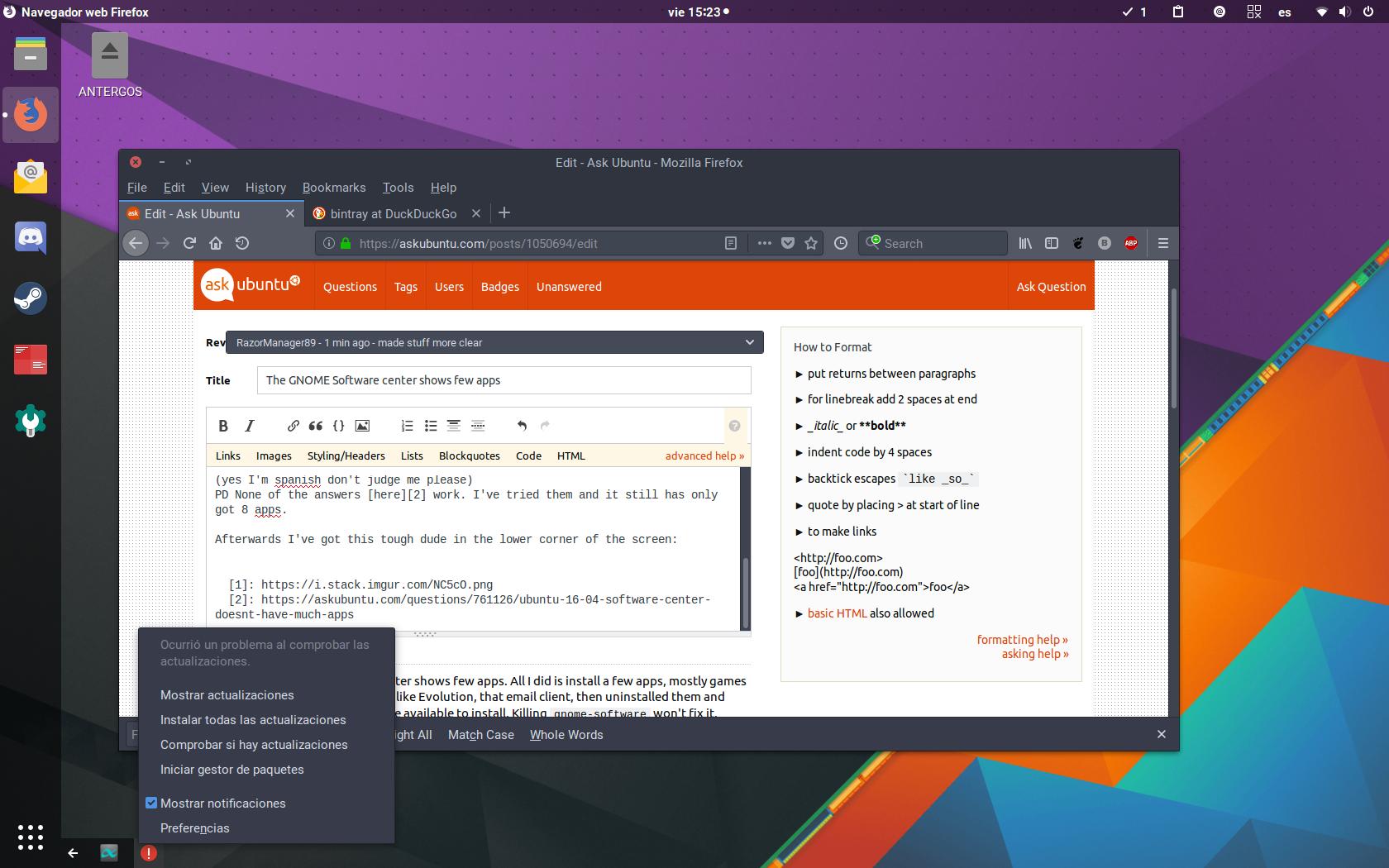 Translated means: "An error has occurred while checking for updates". Now I did what it said here and it's worse. Thanks, reporters! Anyway, I made sure that my system was up-to-date, it is. And so, the icon is still there.

Reinstalling won't help either, stuff is still the same after a purge reinstall.

I meet the same problem. And I find a solution on another forum thread. It is work on my computer. The below is taken from another thread.

The link of solution from

Not the answer you're looking for? Browse other questions tagged gnome gnome-software or ask your own question.

1
I have 2 Different versions of nautilus installed somehow, How can I put the 3.6.3 version in the menu in GNOME Fallback?
4
gnome control center shows only a few icons
10
GNOME Software shows less programs than Ubuntu Software Center
5
What is the difference between 'gnome-software' and 'ubuntu-software'
5
Gnome Software Center won't open - 16.04
5
Gnome Software Center Not Loading
2
Ubuntu 18.04.1 LTS has missing icons for system apps such as "Software Updater" and "Calculator"
8
Does the installation of GNOME 40 flatpak apps slow down a 20.04 system significantly?