I have tried several method from previous answers:

There are many good guides to installing Ubuntu but they don't all stress that it's very important if you are Dual-Booting with Windows that you need to ensure that Ubuntu is installed using the same 'boot mode' as Windows for everything to work smoothly.

(By 'work smoothly' I mean that, once installed, you switch on your machine and it goes to a grub boot menu where you can choose which Operating System you wish to boot up.)

The official Ubuntu documentation covers this well in the UEFI section: https://help.ubuntu.com/community/UEFI

When switching on your machine there should be a key that you can press to take you to your BIOS settings. That key will depend on what the manufacturer of the machine has chosen. Often it is f2 or esc and sometimes it will briefly flash a message on the screen to tell you what to press.

Here's an article that has gathered some information about both for many of the most popular computer manufacturers: http://webtechmag.com/list-of-boot-menu-and-bios-keys-by-manufacturer/

Here are two examples of what a 'one time boot menu' can look like (with the USB UEFI option highlighted): 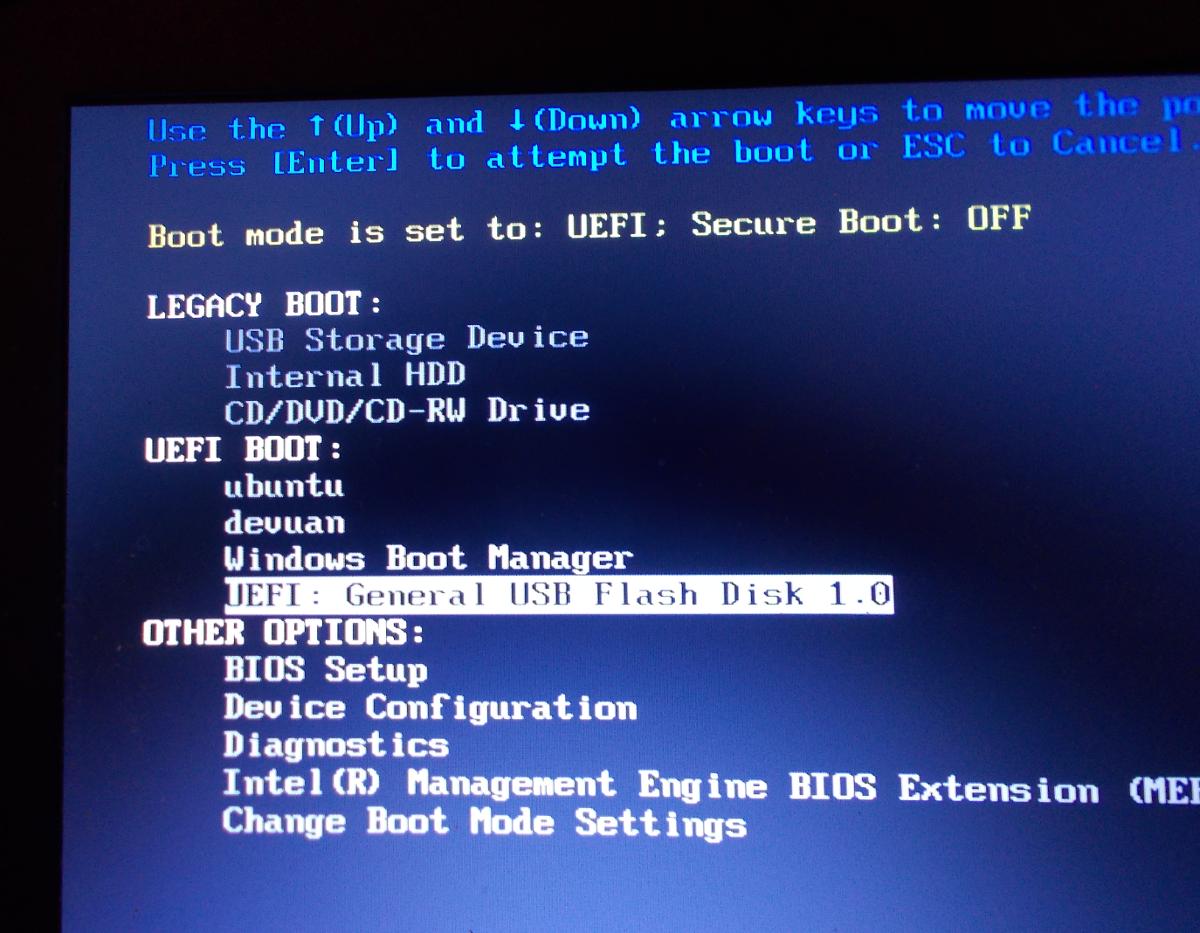 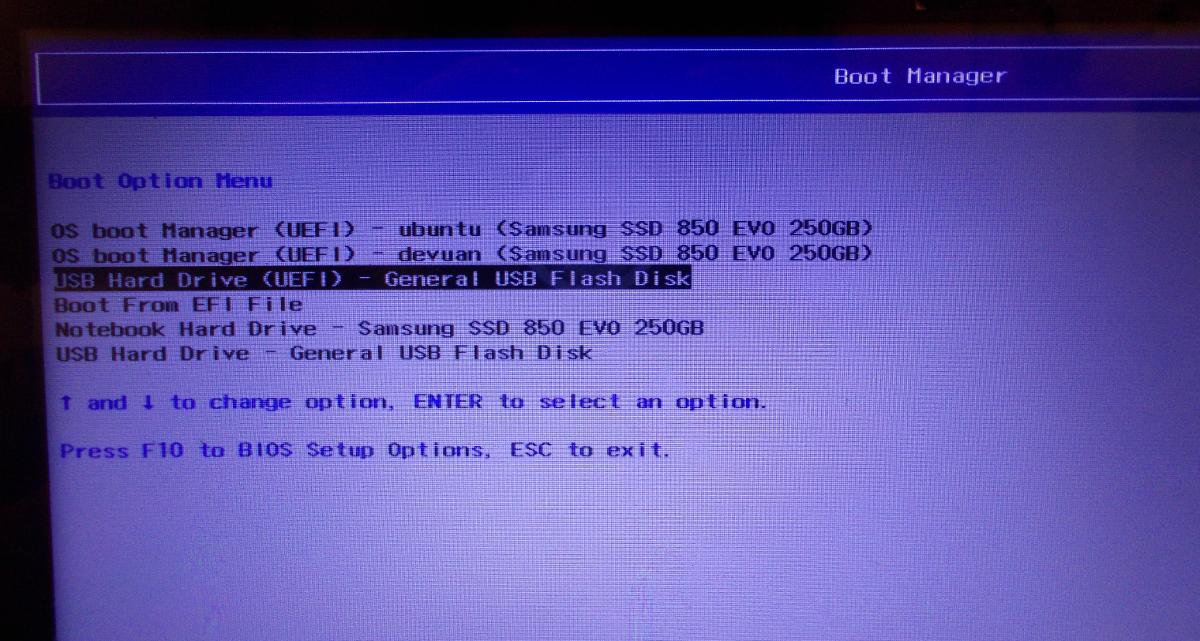 --Note that there are two entries available for the USB, allowing you to boot the USB in UEFI mode or not. (The 'Not-UEFI' option is usually referred to as 'Legacy Boot'.)

On an HP Laptop I had (where Windows was booting automatically after I installed Ubuntu), it wasn't clear that Ubuntu was even a boot option until I highlighted and selected the 'Windows' option. It then showed me that there were other options and I could change the order using f5 and f6 to make Ubuntu first.

If you are trying out a Live USB then it usually doesn't really matter what mode it boots in, but when it comes to installing Ubuntu you want to make sure that the Ubuntu USB boots in the same mode as Windows uses. Which will most likely be UEFI.

Although the installation will go fine, you will not have a setup where the grub boot loader appears when you first switch on and happily lets you choose to boot any Operating System on offer.

The simplest option in this case, is to reinstall Ubuntu making sure that you have booted the Live USB in the same boot mode as Windows.

@oldfred has kindly mentioned in the comments that another option is to use the Boot-Repair program to convert it.

I've not had any experience of using this, but you can follow the instructions in the official documentation (https://help.ubuntu.com/community/UEFI) under the heading 'Converting Ubuntu into UEFI or Legacy mode'.

This involves either making a Boot-Repair-Disk Live USB or adding the Boot-Repair ppa and installing the program on Ubuntu.