How do I restart the SSH service?

How do I stop/start ssh? I've tried

I get errors every time.

To restart the SSH server/daemon.

Going forward with systemd starting with Ubuntu 15.04, you now use this syntax to stop, start, or restart services:

Command for restart ssh service is:

As it leverages upstart, this is The Best Way™ to do it, rather than using /etc/init.d/ssh, service, or invoking sshd directly. Make sure to run both commands; if you get an error on stop ssh, start ssh anyway and see what it says—the service could already be stopped.

(I would recommend stop/start over restart, unless you are trying to restart a system remotely. If ssh is already stopped, restart will not start it.)

If those commands don't work, you are probably either experiencing a bug or have tinkered too far with your system, in which case you at least know what the problem isn't.

Since Ubuntu 15.04, Canonical no longer ships upstart by default.
Thus, the commands start, stop and restart are no longer available.

The correct method for restarting the SSH service (or any other service) now is one of the two following commands:

First check to see if sshd is running using the following:

If you do not see a line for /usr/sbin/sshd -D then sshd was either never started or has crashed, which will require further troubleshooting to find out why.

If you do see that line, next run this:

This should print the process id of sshd, so in this case you should see:

If the contents of sshd.pid does not match the process id of the running instance of sshd then something has restarted it incorrectly. But whatever the details you find here should put you on the right track. Either it's crashing, being restarted incorrectly, or never being started in the first place.

I think that the Unknown instance error is because SSH is not running.

To see if the SSH daemon is running or not, you should see something like:

In any case, just try any of these:
sudo /etc/init.d/ssh start
sudo start ssh

First check the status of the service:

should show: - Active: active (running) If it's running there's no need to restart it. If you still want to restart it, Ubuntu calls the service ssh, not sshd.

But if its not Ubuntu Desktop, using CLI:

The service is also controlled by upstart, and not sysvinit. So you'll find it at /etc/init/ssh.conf instead of /etc/init.d/ssh.

If you want to change some settings (e.g., the listening port, and root login permission) by editing the configuration file via command:

On Ubuntu desktop, you may use gedit instead of nano: 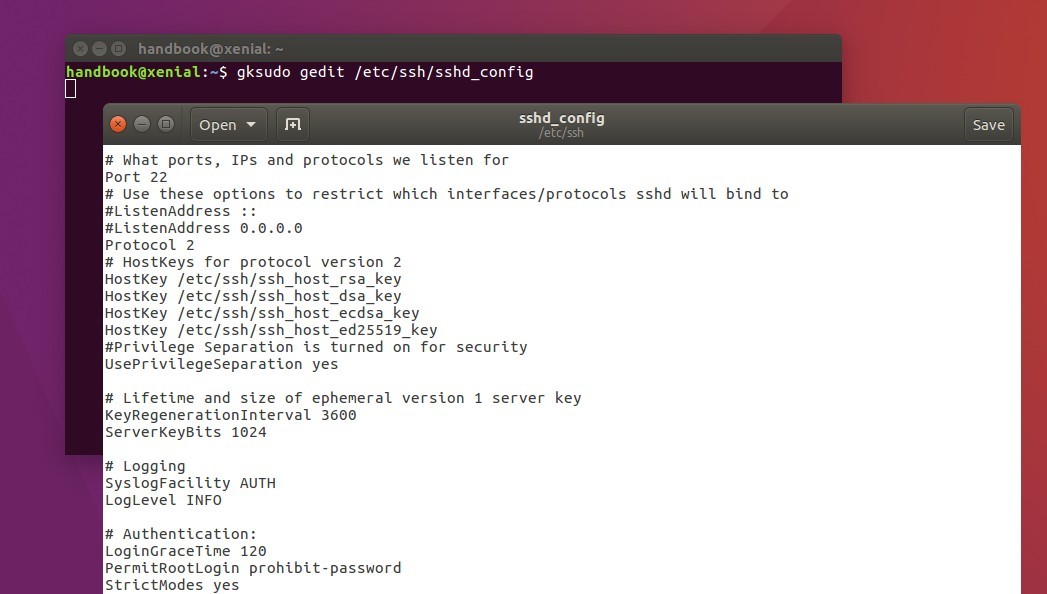 Finally apply the changes by restarting or reloading SSH:

If above still doesn't work then, type this:

If all above fails, try restarting your ubuntu system:

Not the answer you're looking for? Browse other questions tagged ssh services or ask your own question.

9
How do you restart a juju service?
6
Ubuntu 12.04 - I can ssh into the server but sshd is an unrecognized service
0
vsftpd service will not start for 14.04
0
/etc/init.d/rsyslog {start | stop | restart} : Need this to work
0
Service restart every 2 minute