OK, I'm trying to update my current installation 17.10 (it was a fresh instalation) and I'm following the ubuntu tutorial to update (This one) . But when I open the Software Updater gives me this error:

Also tried update-manager -c & sudo do-release-upgrade -cd but prompt gives me "Checking for a new Ubuntu release Upgrades to the development release are only available from the latest supported release."

And when /usr/lib/ubuntu-release-upgrader/check-new-release-gtk nothing ocurrs, just

And in Software & Updates, make sure this is not selected... 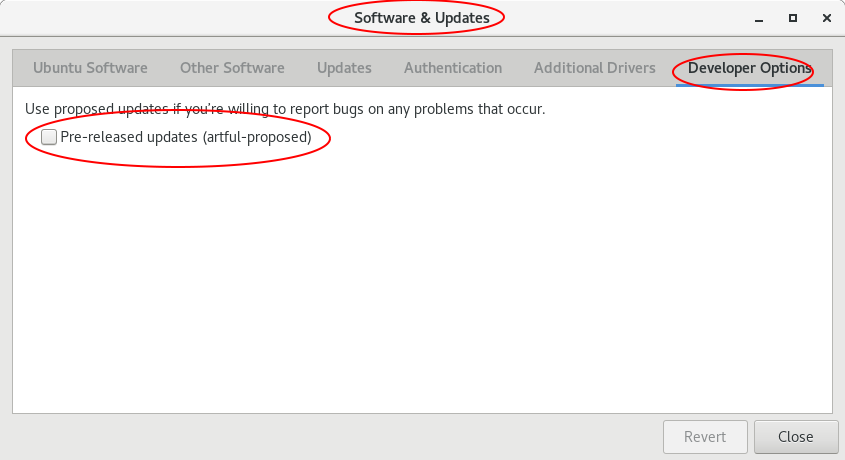 Not the answer you're looking for? Browse other questions tagged upgrade updates ppa update-manager or ask your own question.