Is there any build in Equalizer in Ubuntu 18.04 or a third party program that works with this version best?

PulseEffects application has a system-wide equalizer that you can control on a per-application basis. The application also provides various sound effects / enhancements, like limiter, compressor, reverberation, equalizer and auto volume effects.

A tweak is needed for PulseEffects to work correctly in Ubuntu, see here. 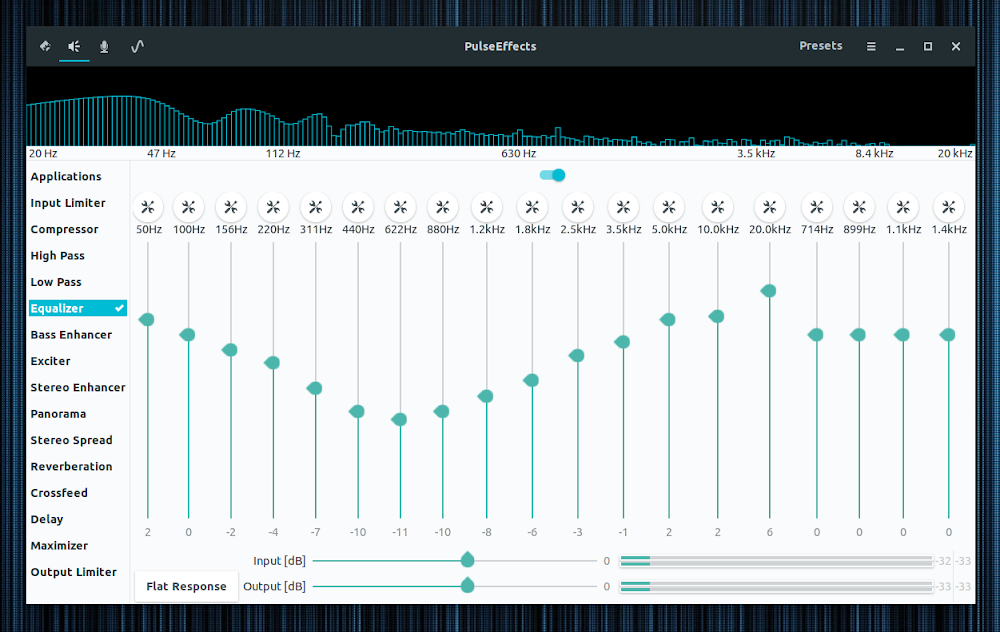 This is a follow-up (and maybe a bit of a rant) for fans of PulseAudio-Equalizer (PAE) and PulseEffects (PE). As most users have found out by now with Ubuntu 18.04, PAE is no longer supported, having been available for years. For audio fans like myself, this was a very annoying setback as I found the use of PAE noticeably enhanced the sound in Ubuntu giving a really pleasant listening experience. But so far nobody seems to have come up with a workable means of installing PAE with 18.04. However thanks to the info from user Logix we now have PE, so the loss of PAE doesn't seem that important any longer. 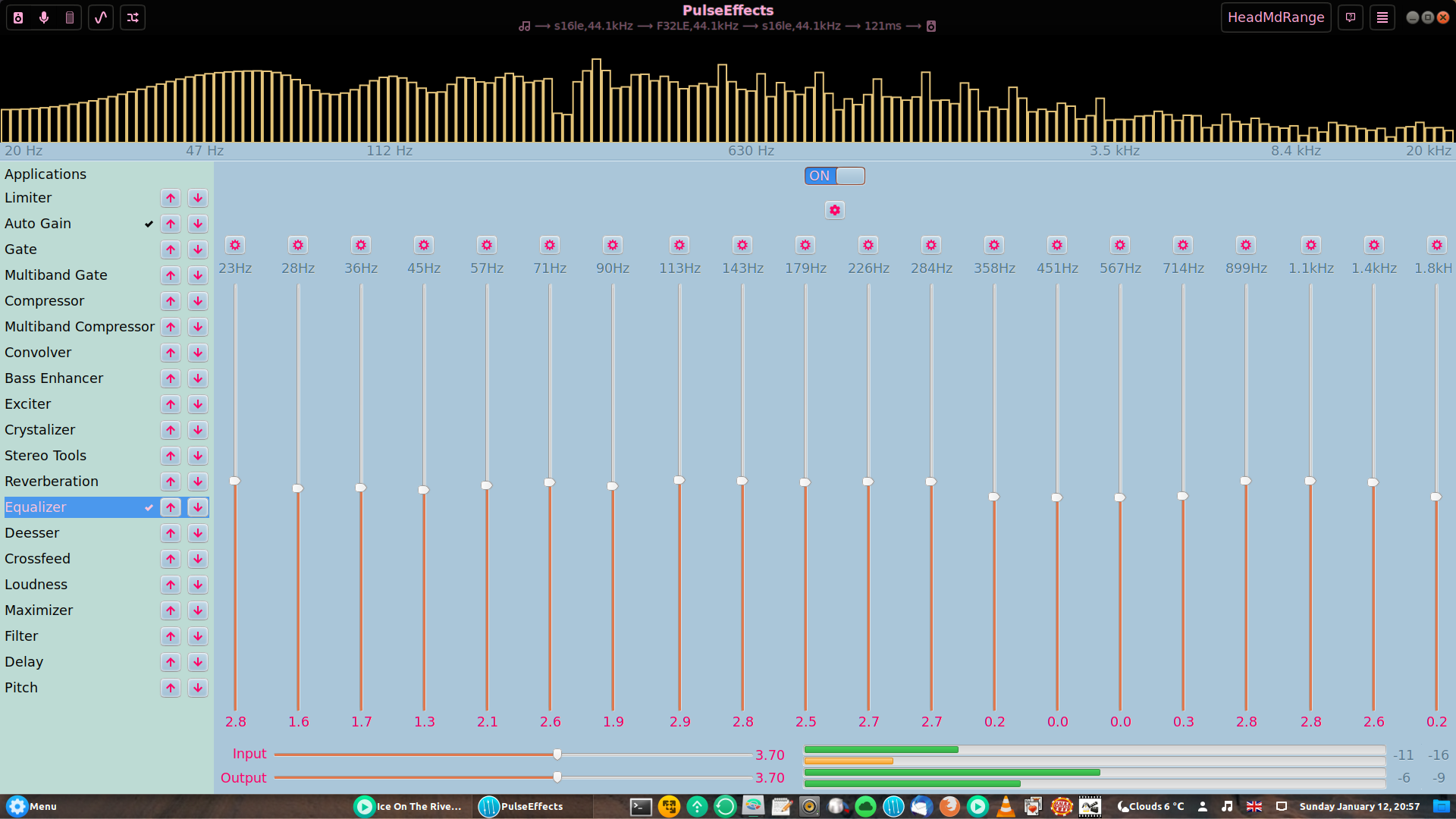 PE has a lot more bells and whistles than PAE although I have little idea what most of them do. I have no instructions or manual that guide me or explain what the various applications within mean. Except we do have an equalizer, the main reason why I installed PE. And that one works in a very similar way to PAE, where you can set your own frequencies or presets and name-save them. I see you can even import them from a file of presets which I saved from PAE, but haven't tried this out yet.

As for downloading and installing PE, until recently this was a real PITA. There is Github, but as so often is the case with them, no instructions on how to install that I've come across. So unless you have a degree in Computer Science, good luck with that. There's also a Tarball, but having never been able to install anything successfully in Ubuntu from one of those, I now leave well alone. Tarballs seem a waste of time IMO. There's also Flatpak, which I always thought was packaged furniture waiting to be assembled, which I'm familiar with. But my failures with Github and tarballs put me off trying yet another method of installing computer packages.

Then Eureka! Finally, I discovered there's a repository and the more conventional Debian method of installing packages and which nearly always works out of the box, so here are the commands for PE.

With the apt install command I've seen a suggestion to use these 2 commands together:

By the way if anyone can tell me how to install PE from Github, just as a learning exercise I'd be curious to know.

Pulse effects didn't work in my case. And the new pulseaudio-equalizer (that is called qpaeq in 18.04) has a horrible latency. I spent weeks trying to find the solution, and it looks like there is another option to install pulseaudio-equalizer. Just download the version for 16.04 from here:

Open "pulseaudio-equalizer/usr" folder inside the archive and extract the contents into /usr/. After that, you probably need to install the following packages:

When everything is done, you can launch and use it with:

Not the answer you're looking for? Browse other questions tagged sound alsa 18.04 equalizer or ask your own question.

192
Is there any Sound enhancers/equalizer?
2
System wide sound equalizer? ubuntu 18
1
How do I get Acer TrueHarmony feature on Ubuntu?
2
Ubuntu Volume Much Lower Than Windows
0
Poor sound quality
0
Apply graphic EQ to audio out,headphone jack,ubuntu 18.04
1
how to get better sound quality for Ubuntu