Installing Ubuntu Desktop 18.04 LTS but it's not detecting my Samsung PCIe NVME SSD

I am trying to install Ubuntu Desktop 18.04 LTS along side Windows 10, but it's not detecting my Samsung EVO 960 PCIe NVME SSD(500 GB). The same is visible and useable from Windows 10 Professional. What could be the issue?

Rather than directly installing. first i went into the "try without install mode" and opened gparted...gparted showed SATA SSD, other hard drives, USB drive but not the Samsung PCIe NVME SSD.

Anything else i need to have in my bootable ISO image to detect the PCIe NVME SSD? My BIOS mode is UEFI(that's the one via which Windows has been installed), is that the issue as mentioned here? Mine is Dell XPS 8930 Desktop - Intel Core i7-8700(6 Cores Processor with 64 GB RAM, Windows is installed on SATA SSD and I am trying to install ubuntu Linux 18.04 LTS on PCIe NVME SSD).

Edit 1 Rather than trying Ubuntu, I went ahead with the install but end up with some bugs...Ubuntu was not able to detect Windows 10 installation on my computer... 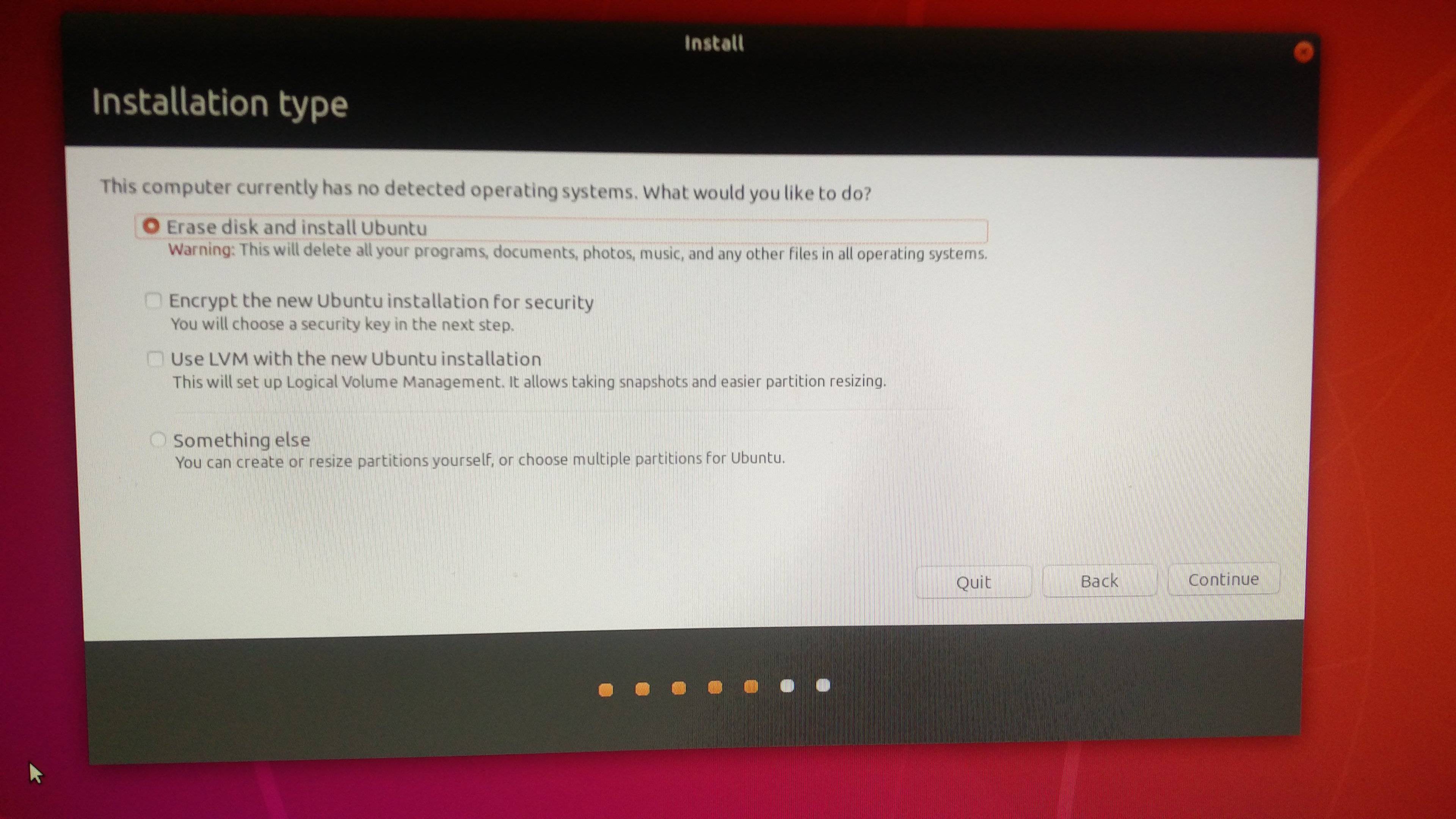 Went into BIOS(F2) and changed the SATA setting to from RAID On to AHCI BIOS warned at the time of saving this setting that either I may not be able to boot my Operating System(Windows 10) or I need to re-install it. I went ahead...couple of times...restart at the BIOS level...Operating system never came up...finally BIOS went into the health check and recovery mode...i reverted back the setting to RAID On and at least Windows 10 is able to boot.

Dell's BIOS doesn't seems to be that easy to work with for dual boot Linux or PCIe NVME drive it seems...will try it later during the weekend.

Well after a lot of google search I came across this post. The issue was at the BIOS level. In case of Dell desktops and laptops - one has to set the SATA mode to AHCI rather than the default Raid On. If you don't follow the above post - your machine won't boot Windows 10 as the AHCI driver is by default not installed. That's why one need to go into the safemode first then make the changes in BIOS and then disable the safemode. Being in the safemode - it installs the AHCI drivers via which O/S can talk to the drives. After this I booted via the live USB and i can see the Samsung PCIe NVME SSD being visible from the gparted.

I was having this issue with an Acer TC-885-UA92. Brand new, since it came with a windows 10 license, I decided to dual-boot with Linux. First time using a computer with a PCIe NVME SSD. I shrank the partition from Windows 10. The installer wouldn't recognize the empty space, and some installers kept ONLY recognizing the USB drive and wanting to install to it.

From this and other posts I found I tried:

What finally worked for me though was AFTER booting to a usb drive, but BEFORE launching into the live session, going into the boot parameters, and adding nvme_load=YES The installation went without a problem after this.

You need to make Windows work without Optane since it is not supported (and not that useful anyway...) by Linux. Follow this procedure:

1) Start in Windows and run cmd as admin

2) Put Windows into safeboot mode with:

3) Restart and enter immedialy into the BIOS during boot and change disk interface from Optane to AHCI mode, then save and exit

7) Reboot and proceed with the Linux installation as usual...

Some additions to lostsaint's answer:

I followed everything there and got a mostly clean install of Ubuntu 19.10. I needed the "safe graphics" option to get started. See below for important caveat about the instructions. In retrospect it's not clear to me that the RAID/ACPI thing is an issue. The Linux installer couldn't see the NVME root disk in ACPI mode without nvme_load. For those unfamiliar with NVME the disk shows up as /dev/nvme*, nvme0n1p* in my case.

I had messed up graphics on system reboot. I successfully booted with nomodeset and replaced the Nvidia drivers. The answer from Orhan G. Hafif here: Nvidia GTX 1650 not detected in Ubuntu 18.04.3 was most helpful and applied to my 19.10 system.

Now for the major caveat. Before you set things up to boot Windows into safe mode, make sure you have an administrator login that does not need the Internet. Pull your network cable, turn off wireless, and make absolutely sure you can still log in. Otherwise, when Windows is in minimal safe mode it will not let you log in because it has no way of verifying your credentials. Period. Not even a cmd prompt in safe mode. I didn't do this, and wound up removing my login and starting over. It may have been possible to break in, but I couldn't see how and since I hadn't really customized my Windows environment this was the path of least resistance.

Not the answer you're looking for? Browse other questions tagged dual-boot hard-drive ssd or ask your own question.