Ask Question
Asked 7 years, 11 months ago
Active 6 years, 7 months ago
Viewed 12k times
0
This question already has an answer here:
How to install and configure Wine? (1 answer)
Closed 6 years ago.

I am running the Wine PPA (VErsion 1.4rc2 right now) and was going to test it with World of warcraft and Skyrim. But in the WoW video configuration it appears as tho it is not detecting the Shader Model 3.0. Basically it says there is none. I am running the game with and without the -opengl parameter with no luck.

How can I activate the SM3.0 in Wine since I am using the proprietary Nvidia drivers (290.xx) and have an Nvidia GT440 with 1GB Ram.

Additionally today I went to the winecfg and the options for Vertex and Pixel Shading are gone. It only shows the virtual desktop and a couple of other options but no Video configurations.

After testing a couple of hours I found the problem. It was the actual game. For example Skyrim was running perfectly, L4D2 was running with full graphics and Hitman also. The only one was WoW. In the config.wtf in the WTF folder of wow I had to change the variable gxApi from OpenGL to d3d11 (Or just basically remove the gxApi line). Also I removed the -opengl parameter from the WoW shortcut.

That made the game support SM3.0 as seen in the following pics:

This PIC is without OpenGL support (Using DirectX 11 Option): 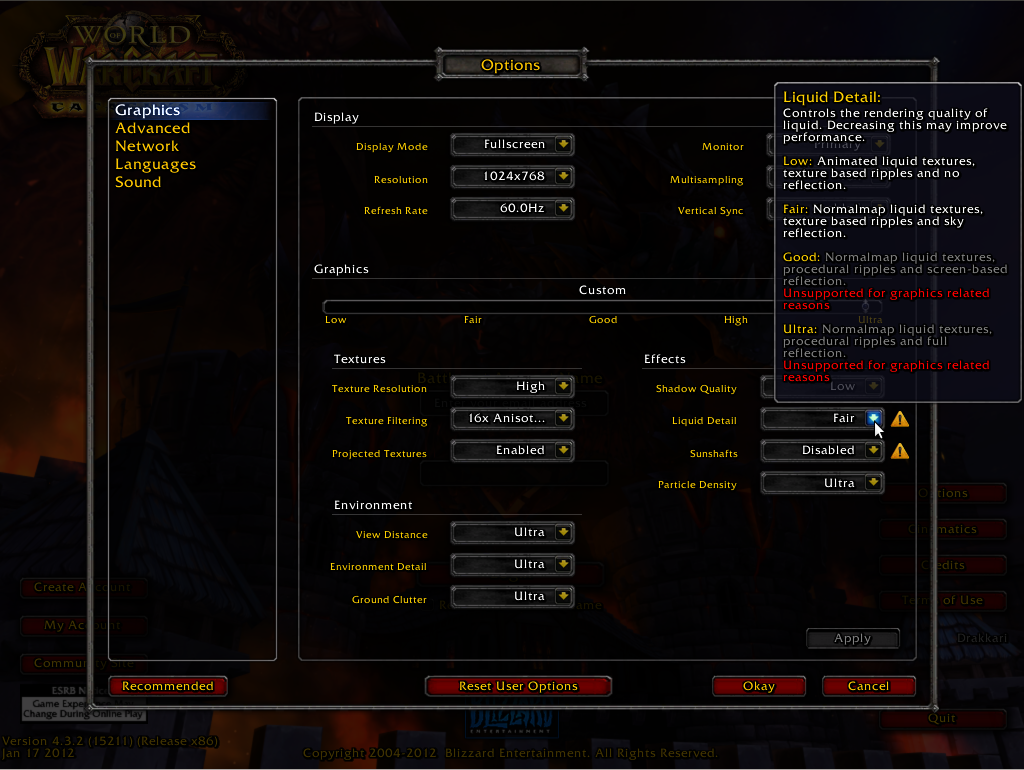 As you can see, the only 2 options not available are the Good/Ultra Settings for Liquid Detail and the Sunshafts but this is more of a small part of missing stuff from Wine and a lot of problems with the actual game of WoW. I say this because Skyrim which demands more runs amazingly. The water looks real and reflects.

When I ad the -opengl parameter and edit the Config.wtf leaving OpenGL in the GxApi variable like I mentioned above I get this: 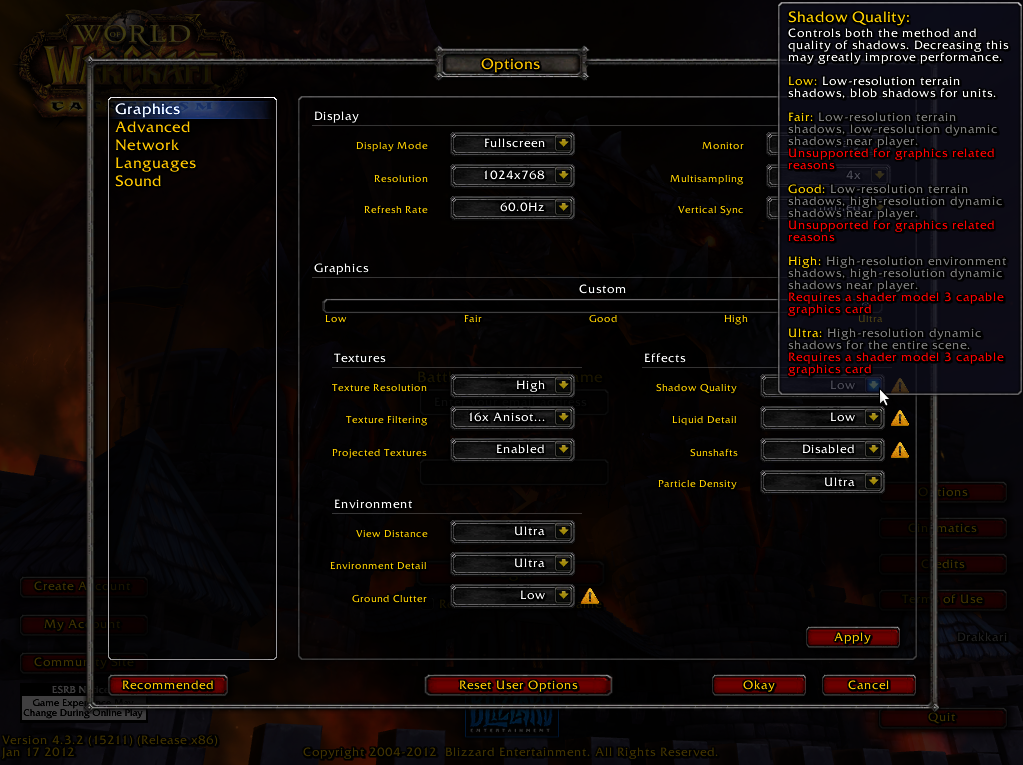 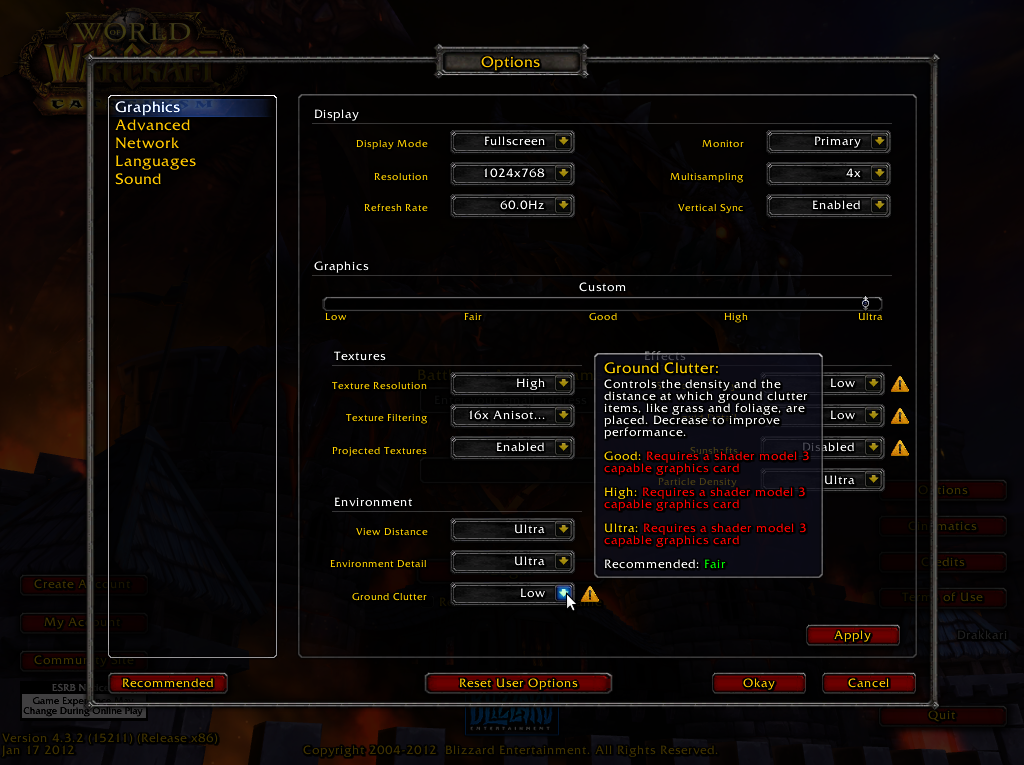 Wine has come a LONG way from the days where newer games could not be played. It is getting to a point that the only reason for some friends to stick with Windows will be gone. There has been good progress towards implementing the Shader Models. Wine has even some support for SM4.0. This link for Wine should help a bit http://wiki.winehq.org/DirectX-Shaders but it is very outdated (2008) and a lot of stuff has happened since then.

Lastly, for running Steam on Linux, if you get a message similar to Required OpenGL extension GL_EXT_texture_compression_s3tc when running a Steam game, it just means that, either your video card does not support this compression or you are missing installing the correct libraries. If it is the libraries do the following:

I am still trying to find what does Wine actually support in terms for Graphics and Sounds.

Not the answer you're looking for? Browse other questions tagged graphics wine or ask your own question.