Cannot switch between windows of the same application

After install, everything was working fine.

I have ' (apostrophe) instead of `. To get that, I edited files in the /etc/X11/xkb/symbols. Of course, if this matters.

Seems like there is a problem with assigning shortcuts using system settings. When I assign between windows of the same application to Alt + Tab, it still switches between different applications. No idea what's going on.

UPDATE: The problem is fixed. I've been changing different settings of my keyboard, and one of the settings changed was XKBMODEL. I set it to "latitude" (thought it would fit better, that was really stupid). After I changed it back to "pc104", everything worked normally again. Thanks everybody for your attention!

UPDATE 2: The ` symbol still needs to be in it's place for US layout. For Russian I was able to leave ' assigned to "TLDE" button.

UPDATE 3: Seems like I have got the same problem with "Switch between windows of the same application immediately" (which is Alt + Esc by default). It doesn't work, and assigning it to another shortcut doesn't help. Any suggestions?

This was my problem too. Alt+<key above tab> didn't work to switch windows in the current application.

In addition, when i pressed and held down the super key to see the unity shortcuts, normally one would see this:

I'm assuming that is for a US keyboard? I stole the screenshot from another post, and on my danish keyboard it now shows Alt + Onehalf.

But when I had this problem, I did not see the line pointed to by the red arrow!!!

So check if you see a keyboard shortcut for "Switch windows of current application". If you don't this is for you:

The fix was as hinted at above to change the XKBMODEL setting in /etc/default/keyboard where I changed from XKBMODEL="microsoft4000" to XKBMODEL="pc105".

I did that and ran sudo dpkg-reconfigure keyboard-configuration. Not sure this last step was required.

Then I needed to reboot.

Suboptimal, but you can use the down arrow after Alt + Tab.

You can change the short cut key of "switching windows" to Alt +Tab. Then you will be able switch between windows (not applications)

Exclusive for ubuntu 18.04 LTS - search keeyboard in settings and do the above change

In Ubuntu 18.04.1 the default shortcut to switch between windows of same app is 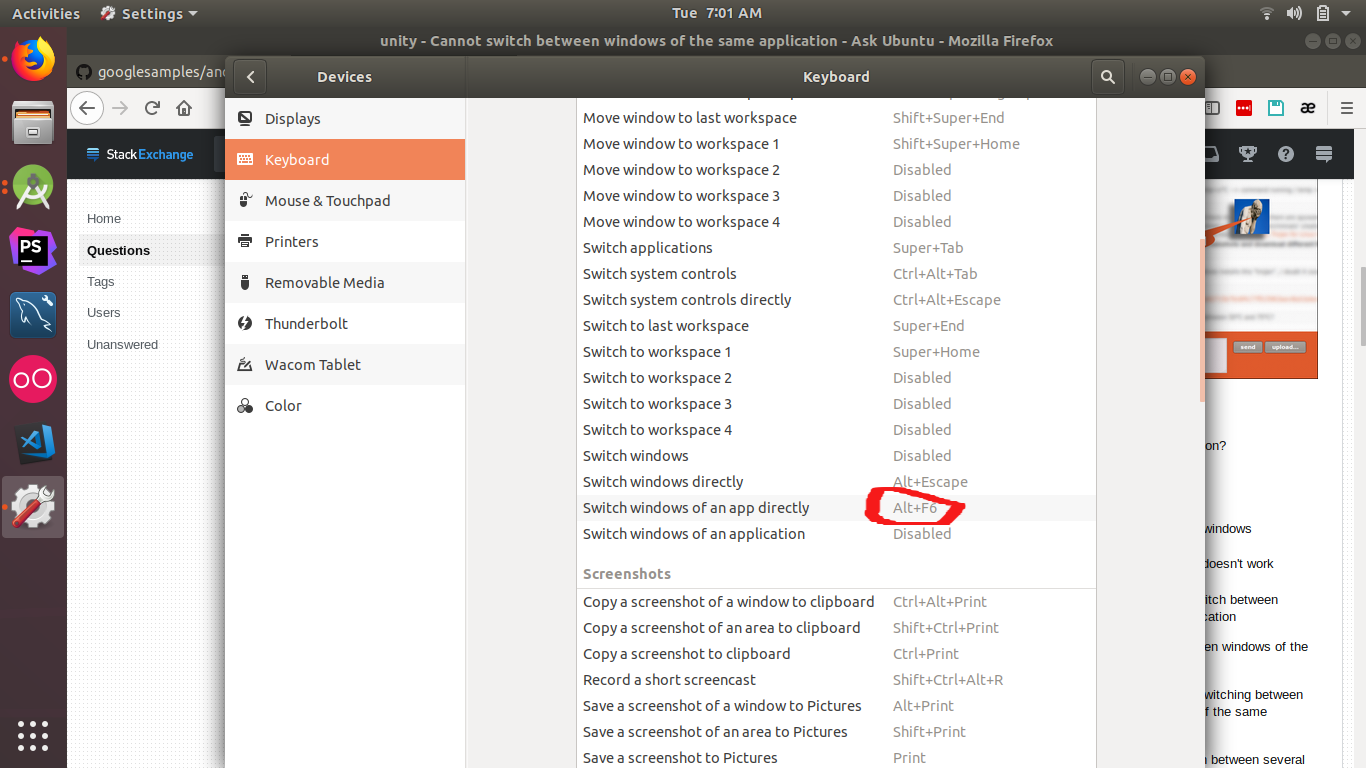 In Ubuntu 18.04, at least with Vanilla Gnome3, press Alt+Esc for switching windows direct

then you Tab to your target window and Enter?

Just press Super for 3 seconds and you will see the screen “Unity Shortcuts for Your Keyboard”: 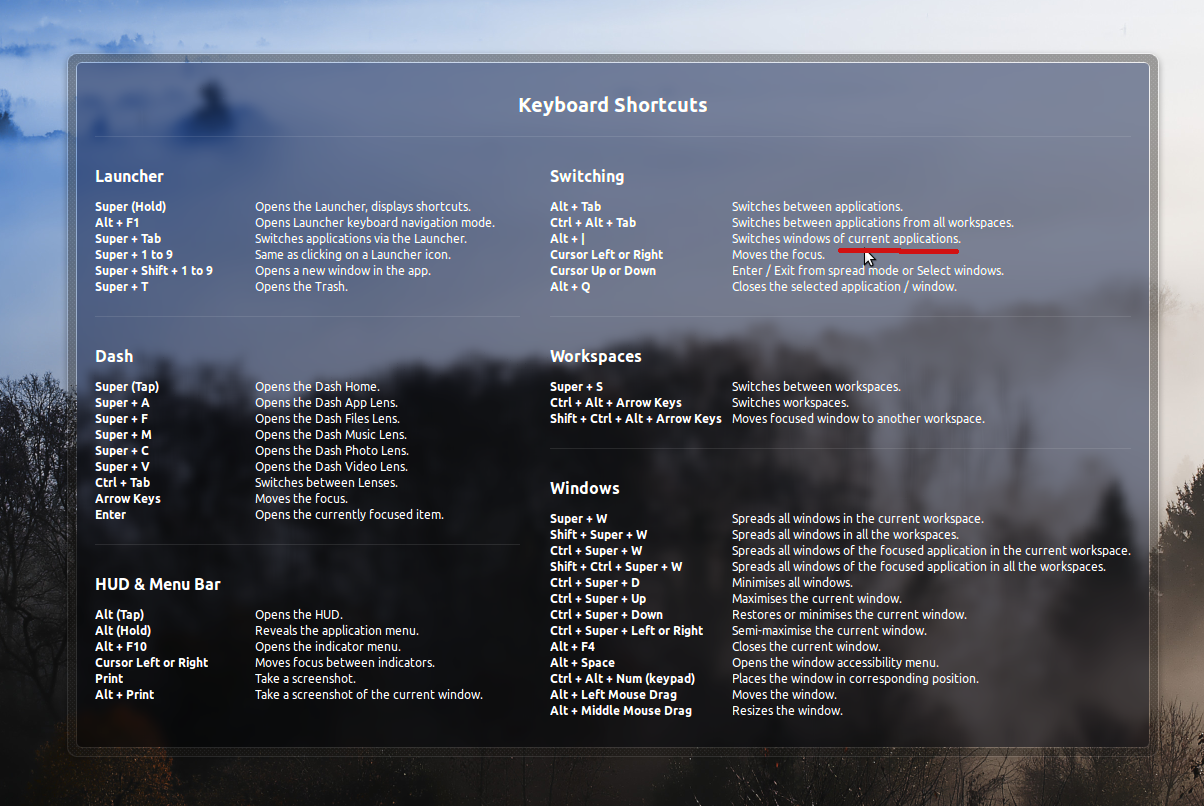 There you will find your shortcut according to your keyboard and yes it's Alt+The key above Tab.