Say I have two Chrome windows open like this: 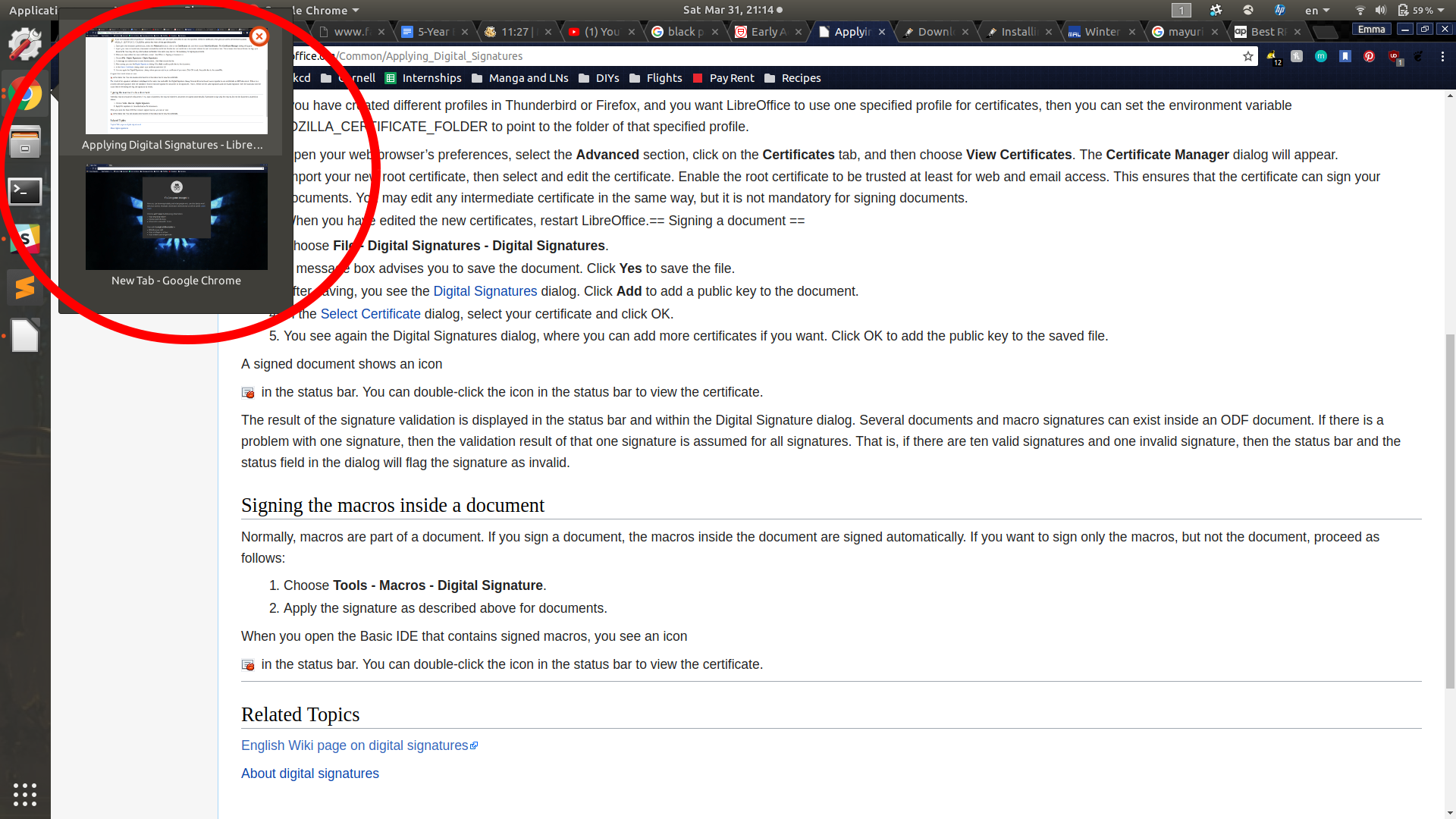 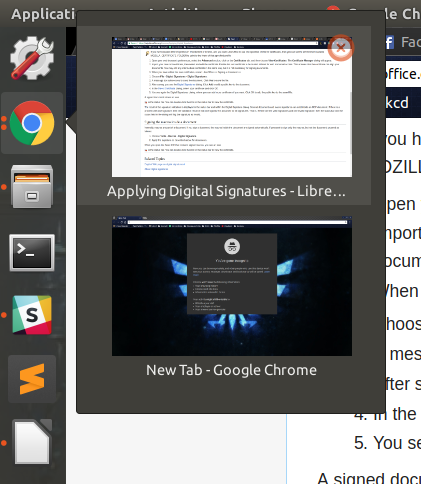 It seems that the most recently used window always appears on top. In other words, the "Apply Digital Signatures" was the window I had open last. If I were to switch to the window showing the new tab, then the order in which the windows are displayed in the task bar suddenly changes.

Is there a way to keep them from shuffling around? I'd like to be able to order them however I want, like tabs in a web browser. (I'd also like to put them across different workspaces.)

The dock in Ubuntu 18.04 is a modified version of the original Dash to Dock gnome shell extension. The order of window previews is hard coded and was recently changed from recently used to when opened in response to this issue.

So no, you can't rearrange the window previews. I don't know when the changed behaviour will be merged into the Ubuntu version, but since it hasn't been included in 18.10, it may take some time, if it will happen at all.

You can, however install the latest version of Dash to Dock by following the instructions on the homepage.

Alternatively, as a user on the github page explained, you can supposedly replace the file /usr/share/gnome-shell/extensions/ubuntu-dock@ubuntu.com/windowPreview.js with this version to make the window previews appear in the order the windows were opened.

Unfortunately, this is (currently?) not possible. The Ubuntu Dock (aka Dash to Dock, on which Ubuntu Dock is based) takes the order from Gnome Shell, and this is in order of MRU, Most Recently Used, with no exposed way to change that.

If you do not object a change in layout, you could use Dash to Panel instead. This renders the icons not on a separate dock, but combines them with the panel. This extension does maintain the order of the icon previews throughout the session.

Yes, currently it's not possible.

But already there is a feature request for Dash to Dock about this trouble. Let's upvote it — https://github.com/micheleg/dash-to-dock/issues/639

Not the answer you're looking for? Browse other questions tagged gnome-shell ubuntu-dock or ask your own question.

15
Can I change the ordering for grouped dock items to be static?
0
Ubuntu Dock doesn't change app order on select
39
How can I configure the Ubuntu Dock to show windows only from the current workspace?

23
Ubuntu 18: Top bar for all monitors
3
How to make super key only show Chrome window in current workspace in Ubuntu 18?
3
Can I configure gnome to show open windows on the dock individually?
1
How to remove empty gnome workspaces?
4
How can I start a separate instance (not profile) of Chromium, with its own icon?
0
Customize Gnome Shell to have icons in “Window Picker”