Ubuntu server 16.04.4 hangs on reboot but not poweroff

After a fresh install of Ubuntu server 16.04.4, the system shuts down fine with sudo poweroff but hangs completely after : sudo reboot, sudo systemctl reboot or sudo shutdown -r now. It doesn't matter if the command is launched via SSH or local session.

I tried to add acpi=force as GRUB option, I tried to disable the swap but nothing worked so far.

Here's the displayed message as a picture. I think it happens too late during the process and isn't logged anywhere : 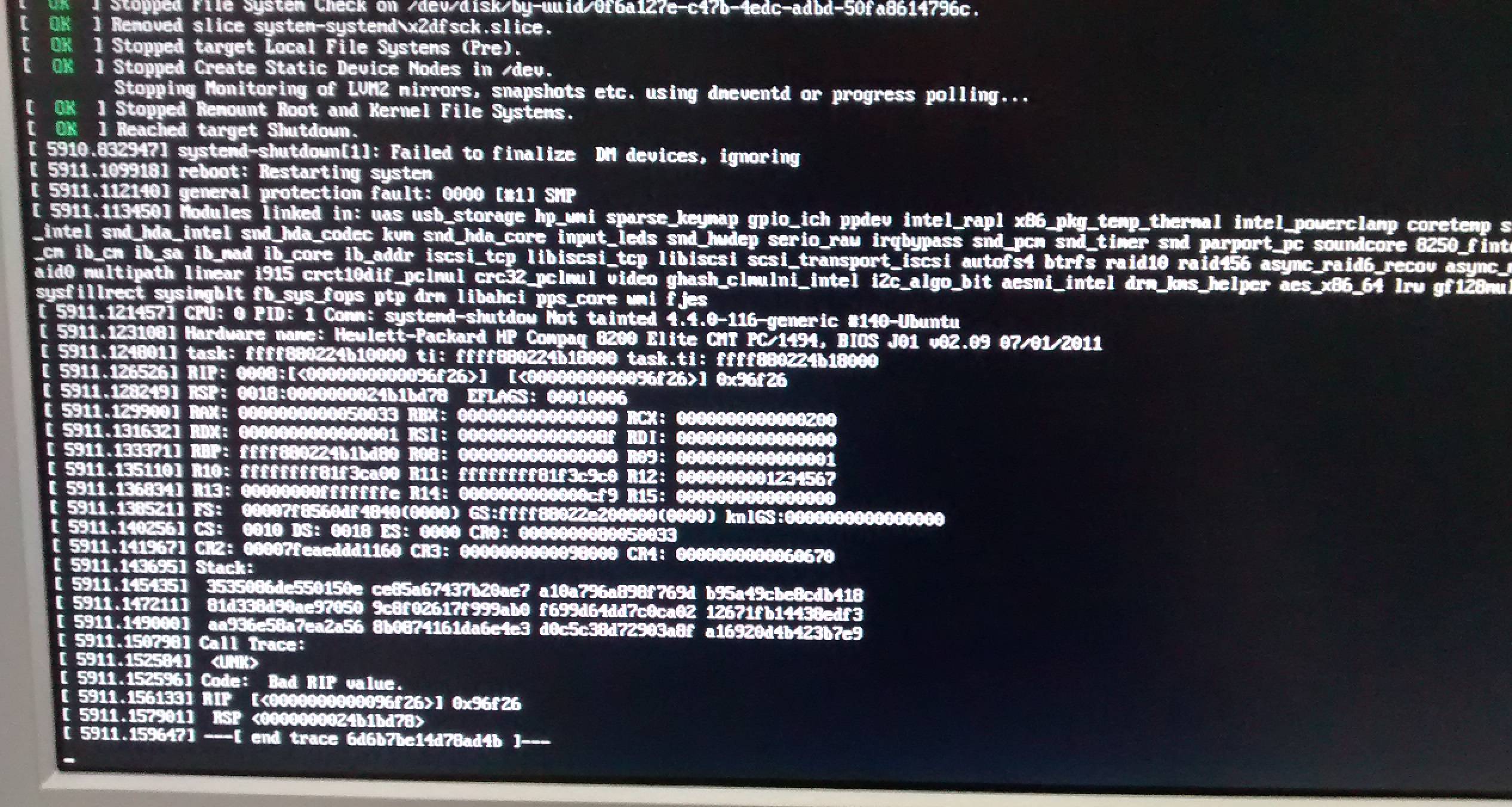 Possibly relevant lines could be :

Do you have any idea what the problem is or what a possible fix could be?

You appear to experiencing a kernel bug or hardware failure, since you triggered a general protection fault.

This is likely hardware-specific.

I would recommend trying to upgrade to an 18.04 beta, since 18.04 is nearing release, and seeing if the newer kernel fixes it.

Not the answer you're looking for? Browse other questions tagged 16.04 server systemd reboot or ask your own question.