How do I quit top without leaving the output on the terminal?

How do I get top to quit similarly to the way less quits, that is, not leaving behind its output on the screen?

This is the version I have:

... the screen clears after exiting top with q.

You could alias the top command to do that ( How do I create a permanent Bash alias? )

The screen clearing is an indirect result of changes in terminal manipulations which were introduced by Jim Warner (author of the 'top' tool) in order to suppress flooding the 'top' tool with SIGWINCH signals generated by some of the widely used terminal applications. It was me who reported the flooding issue and he tried to do his best in order to resolve it and released a fix for the issue in form of 8 separate commits. The commit introducing the screen clearing has the following hash : 'dedaf6e1a81738ff08ee8e8523871e12f555ad6d'.

Due to the bug report, Jim then fixed it to again not clear the output in 3.3.9.

top has no options or configuration settings to control this, AFAICT, this is entirely hardcoded behaviour. You might want to file a feature request at https://gitlab.com/procps-ng/procps/issues/.

Interestingly, the commit mentioned above also has a nice explanation of the command steeldriver suggested, because it is in fact the same as what was originally done in the code:

A scrollback buffer used in several terminal emulators could be a real inconvenience to a user following some resize operations. Extra keystroke(s) would frequently be required in order to properly render top's display.

After much sleuthing we unearthed two terminfo strings which have the effect of disabling/restoring that darn scrollback buffer. They were well hidden under a title of strings 'to start/end programs using cup'. In turn, 'cup' deals with a tty's cursor addressing capability.

We don't care what you call them or what they refer to so long as they get the job done. And these really do! Be advised, however, that there are some side effects, several of which can even be considered as beneficial:

... which corresponds to the tput smcup and tput rmcup commands.

The behavior you are looking for from less is built in to an alternative called htop. You can install it with:

Specifically, it switching to the alternate screen mode before starting preserving your original screen contents when you close htop. It also has a variety of other enhancements over procps's top. Once it's installed, you can just run it as a regular user:

You could use watch:

It default to update every two seconds, use e.g. -n1 for one second if you want to change this behaviour. To quit watch, press Ctrl+C instead of the usual Q.

Another approach is opening a new terminal window, e.g. with xterm:

This behaves exactly like top normally does, the window closes when you quit top with Q and of course it leaves no output in the terminal you started it from. Add & to the end of this command to start it in the background and immediately release the terminal again.

As Rinzwind's answer points out, the clear command clears top output from the screen.

After exiting top you can also use Ctrl+L to clear the top output from the screen. After either command though, you can still scroll up the screen to see the old top output.

To really clear the screen, such that the top output cannot be scrolled back to, use the reset command:

Another option to give that "fresh look" of a brand new session is by running an "ASCII splash screen" (if you have one). In my case I would run: 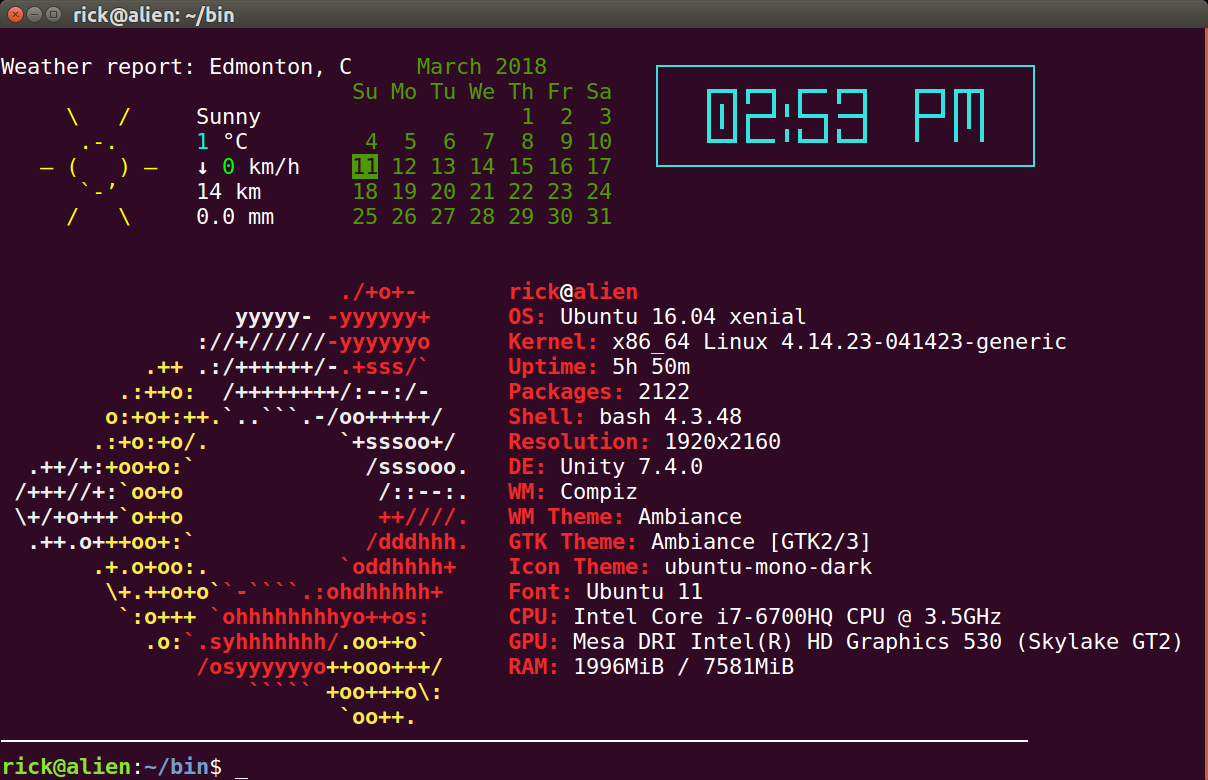 14
Getting cpu usage realtime
8
Terminal with output scrolling down
16
Tee doesn't get whole output from the pipe
8
How can I get raw text output of a manual in my terminal
3
How can I keep the terminal output always at the beginning?
2
Crontab command not register the top command result into the output file
4
How to quit `whiptail --gauge`?
8
How to permanently set refresh interval for top command?
0
How to infer top command VSZ & Resident memory numbers active usage / free?