Is there a way to setup on which time Déjà Dup makes the automatic backup? Where are the cron job files/tasks? May I changed them manually? 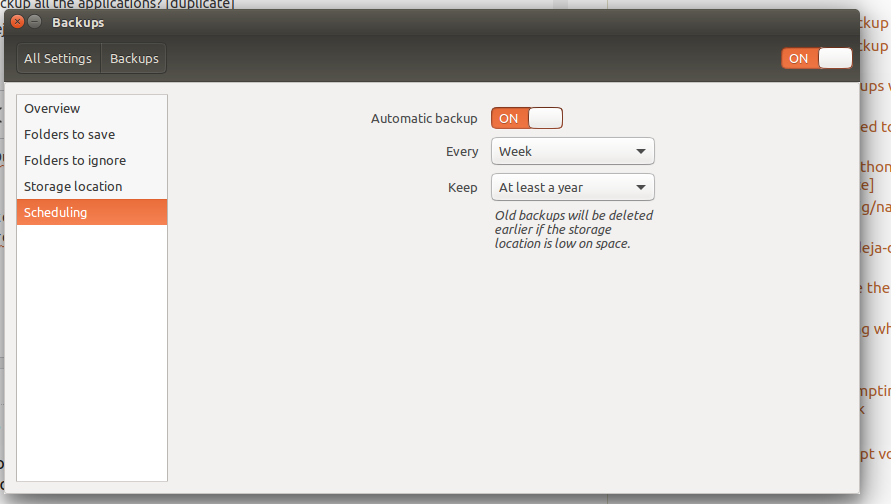 Second: Open up a terminal and type crontab -e, press enter and then type 2 to select the nano editor. Enter again and now you have text something like;

Not the answer you're looking for? Browse other questions tagged backup cron deja-dup or ask your own question.