I have the following message on my Kubuntu 17.10 - I googled the message but unfortunately hits are way too technical for me to find a solution:

With the following symptom: 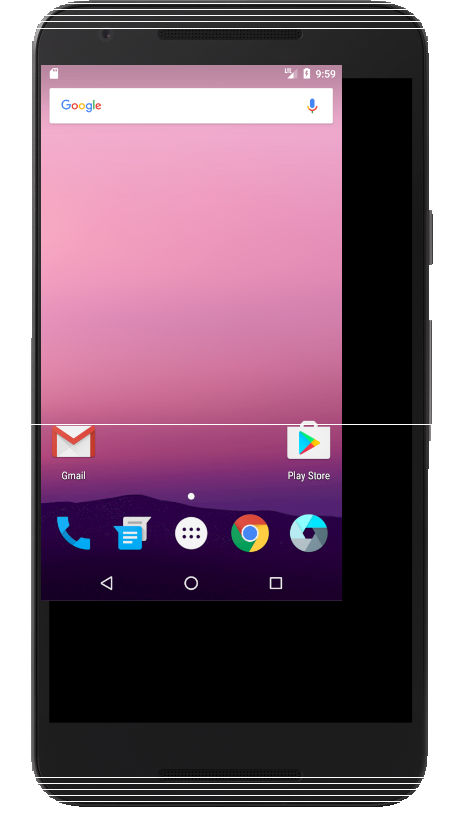 At first launch everything worked well in this regard, so I don't know what caused the issue and how to solve it.

I have the solution via a workaround!

tl;dr version: -use-system-libs option with the emulator is a temporary workaround.

Googling TSC frequency mismatch gave no ideas as to what might cause the issue. Disabling HW acceleration was one possible fix, but the result is a slow emulation. I gave it some rest but then I figured this should be a kernel related issue, since it was KVM that seemed to cause the issue. I tried disabling intel microcode driver (no help) and a kernel update (no help), but after the latter, at least I got little less cryptic error messages like:

So this must be a driver issue! Googling the first error message gave me this hit, using -use-system-libs with the emulator. It's working now! But, how to make it permanent? This page also pointed me to the right direction: use a wrapper script to launch the emulator. Now everything works like a charm.

insert the following and save:

Now every time the emulator is called it is done so with the system libs through the shell script named emulator, and it should give no errors from now on.

I had the same problem due to some updates, I opened my Android Virtual Device Manager from Android Studio (Tools->AVD Manager) then matched the emulator where the problem occurred. I clicked the dropdown icon from Actions column and selected the Wipe Data option.

Go to AVD Manager, click the AVD that is causing this issue, and select Wipe Data from the options.

Not the answer you're looking for? Browse other questions tagged kubuntu android-studio qemu or ask your own question.