What is 'Ubuntu Unity' (for the Desktop)?

Ok, so there's the buzz of Canonical (wanting to) switch for new Ubuntu version from the GNOME default desktop to their own Unity shell. (I hope that's accurate.)

It seems I can not totally fathom what Unity actually is. For looking at its homepage it currently is firmly targeted at netbooks and the somehow different usage model on these.

Edit: I would not like to split this up into more specific questions, as What is Unity? is exactly what the people I set up Ubuntu boxes for will ask me if they hear that the newer Ubuntu version is using that instead of the Desktop -- and it might well happen someone phrases it like that :-)

I will certainly not give them the link to the HP as the explanation there does not lay out if it is a desktop or something more or something less: (It does not for me - therefore I'm asking here.)

Unity is designed for netbooks and related touch-based devices. It includes [...] that makes it fast and easy to access [...] while removing screen elements that are rarely used in mobile and netbook computing.

(emphasis mine) -- the explanation there doesn't even mention the desktop-PC!

Unity has a vertical task management panel on the left-hand side and a menu panel at the top of the screen. [...]

... icon of an application that already has focus, Unity will activate an Expose-style view of all the open windows associated with that application.

No clue what that's supposed to be.

So it would really be nice if someone could explain for non desktop-design-terms experts what Unity is.

Unity is developed by Canonical for Ubuntu. It is dual licensed under the GPL and LGPL (version 3). It was originally developed for the netbook edition but is going to be modified to be suitable for the desktop.

Currently, it is not suitable for desktops.

It consists of a top bar, similar to the normal gnome-panel but not the same. Instead of the Applications/Places/System menus is an Ubuntu icon that opens up an overlay called the dash which allows launching of files, folders and applications. It also has a global menu, that embeds the File, Edit etc. menubar from applications into the panel. It shows the menu of the currently focussed window. When windows are maximised, their controls (close, minimise, restore) are embedded into the panel as well. These are space saving features. The desktop edition is planned to not have the global menu because on a large screen it would move the menu far away from the windows being used and so the user would have to move their mouse all the way to the top to get to the menus.

The expose style feature is like the scale plugin for compiz. It gives you an overview of your windows and allows you to switch between them.

Unity for the netbook edition currently used the mutter window manager. This has had some performance problems so it is being replaced with compiz for better performance. It is planned that it should gracefully degrade if 3D accelerated hardware is not available. 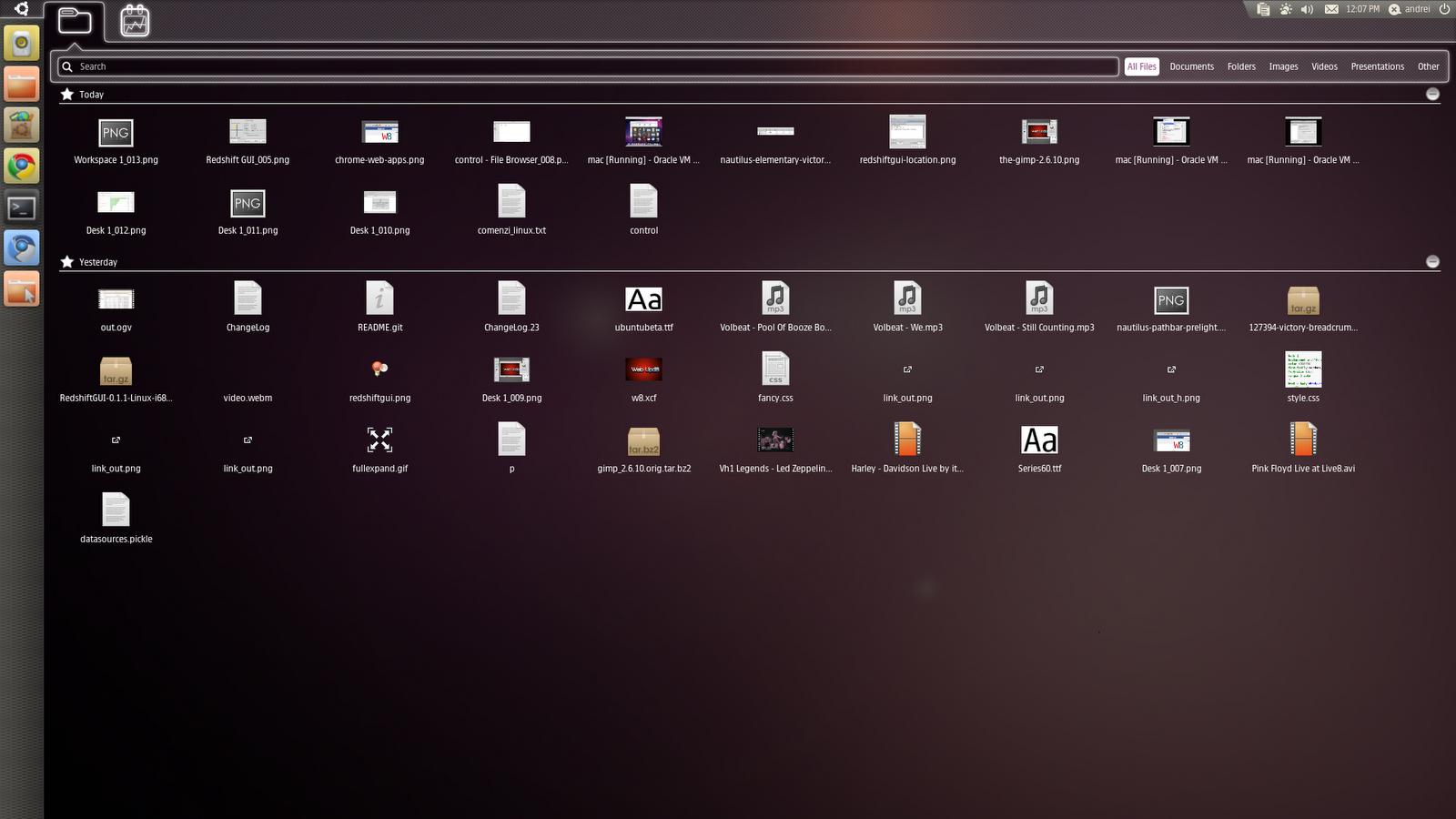 The interface for the desktop is currently being discussed: Launchpad Blueprint

It may be important to remember that Unity is not supposed to be "ready" for desktops until Ubuntu 11.04. Ubuntu 10.10 just came out, so they still have 5 long months to change things back and forth. This question will be more easy to answer in February or March.

For looking at its homepage it currently is firmly targeted at netbooks and the somehow different usage model on these.

Yes, previously that was the case. The announcement about Unity for desktop is very recent so the marketing materials won't have been updated to reflect the new emphasis.

I think Mark and pals really enjoyed the latitude they had designing Unity (aimed at netbooks with their small, typically 16x9 screens) without the restrictions of working the typical GNOME Panel way. They've got a taste for UI revamp now and want to bring it to the desktop.

And this is certainly the time to do it: with GNOME 3 being introduced, their competitor in the shell space will be not the tried-and-true GNOME Panel but the equally-controversial newcomer GNOME Shell. In addition, I believe Mark is right about touch interfaces becoming more important, and this will certainly require some UI rethinking.

However personally I'm extremely wary of both GNOME Shell and Unity. Whilst it remains to be seen how the desktop variant of Unity will work out, the central task management concepts of both shells seem poorly-matched to the way I personally work.

[Namely: with 5:4 screens I don't want a large vertical strip taken up with big icons and I don't use separate desktop workspaces. I have lots of applications I regularly use, so the current hierarchical launch menu, combined with a couple of panel icons for the most common suits me fine; I hate the OS X Dock's integration of launchers and currently-running apps/windows. So the directions these projects seem to be taking to emphasise workspaces and vertical linear launchers aren't looking good from my point of view.]

8
Are there mockups for the desktop-oriented Unity?
7
Unity Menu (Desktop design), how will it act?
7
What is the target of Unity?
9
Will Unity allow users to change the color/appearance of the top-Panel?
4
Why do I have Unity and GNOME Classic running at the same time?
1
what software packages required to write applet to add to unity panel/bar
9
Unity problems after installing GNOME desktop (ubuntu-gnome-desktop)
16
What's going to happen to the Unity desktop environment and default Ubuntu version?