Today I installed the Calibri font in my Ubuntu 16.04 using the method showed here, that is, I crated a ~/.fonts directory then used this command:

But instantly after the download finished my Firefox stopped showing some characters. Apparently this happens with some monospaced fonts (not checked).

For example, here in the Stack Exchange network, text formatted as code appears as: 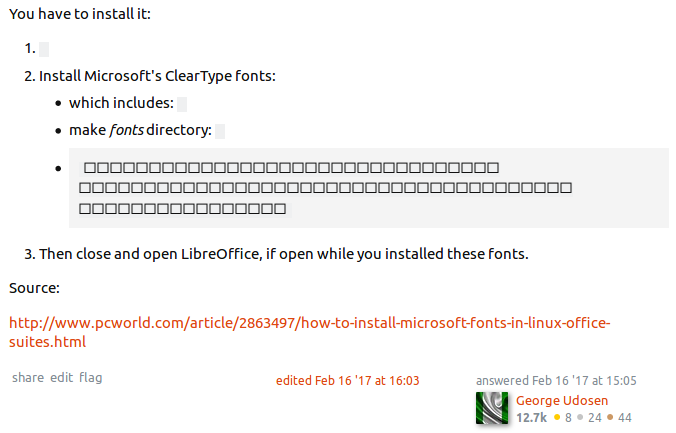 (this is a screenshot from the answer I mentioned) 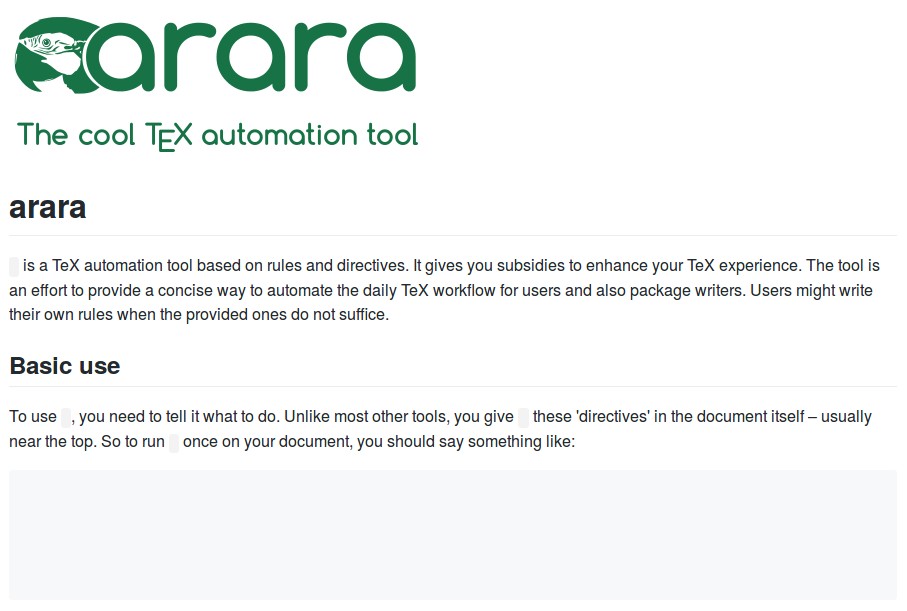 Furthermore, this question you are reading was written in GEdit then copy-pasted here in the site, because the characters in the message body box do not show at all (although the title box does), like this: 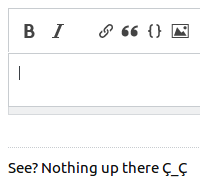 What happened whant I ran that script? How to fix this?

With the help of @GunnarHjalmarsson I solved the problem.

I don't know exactly why that happened, but perhaps Firefox looked for fonts there, found one, and used it. But those fonts don't have a typewriter variant, so maybe this is the cause.

Since these were TrueType fonts, I moved them to /usr/share/fonts/truetype/calibri

Actually, there are more fonts in the bundle, so I did this:

After that I removed the ~/.fonts and restarted Firefox and the problem was solved...

But then the fonts were no longer available (for XeTeX, at least). So I downloaded the script which installed the fonts in the first place:

but didn't execute it. At the end of the script I found fc-cache -fv ~/.fonts. Reading the man fc-cache page I found out that this command creates sort of a mapping of the available fonts, so I used:

to regenerate these mappings.

After that I had my Firefox working fine and the fonts were available for XeTeX to use.

I must add that on another computer (both with Ubuntu 16.04 and Firefox 58) I did the same procedure described in the question (the font installation), but the problem didn't happen... I have no idea why :P

Not the answer you're looking for? Browse other questions tagged 16.04 firefox fonts or ask your own question.

13
No box characters after changing the default Grub font
3
How can I edit font metadata in the UDS (Universal Directory Service)?
10
How to prevent “automatic” bold version of a font to be wider than regular having the same pt size?
4
Blank (missing) ligatures (tt, ti, fi, ff etc.) in FF when Cambria / Calibri fonts are used
6
How to download and install the Roboto Mono font?
0
PDF containing non-embedded Symbol TrueType font doesn't show math symbols
1
Fonts screwy in toolhints, Select list items on multiple browsers and many apps
0
Determine which fallback font is used by LibreOffice (for Garamond)